After the GP season got underway recently the opening round of the Maxxis British Motocross Championship supported by Pro Clean will take place at Cadders Hill, Lyng Circuit, Norfolk on Sunday 20th March.

The series once again will have packed gates in the MX1, MX2 and MXY2 categories with several riders on the reserve list. Shaun Simpson will be back in action after three race wins at Lyng helped him win the British MX1 Championship last year 2015.

The format has changed for 2016 and this year there will be two races for each class, which will be back to the old format of 25 minutes plus two laps, the MXY2 race will be 18 minutes plus one lap. The track is looking good and the Norwich Viking Motorcycle Club have been working hard to ensure the track is prepped perfectly for March 20th and the arrival of the top British MX riders.

“The British Championship is a big part of my program and has been for some years now. I like the fact that I get to ride in the UK at least once a month in front of the British fans. The Championship is well run and it creates some great racing which is perfect for me in terms of practice and training for the GPs.

I have managed to win three British titles now, 2008, 2014 and 2015 and I would love to add another MX1 title to the collection in 2016. I am looking forward to getting started at Lyng in a couple of weeks. Lyng is a great circuit, I’ve had some brilliant racing and is good for the spectators to watch.

The soil is changeable but overall a sandy base so something that I feel at home on and also a great way to start the season as the weather at this time of year in the UK can be a little ropey. I’m sure it will be a fantastic day and I’ll be fighting for the top step of the podium!”

After a huge crash at the Motocross of Nations in France, British favourite Max Anstie who narrowly missed out on becoming British MX2 Champion due to injury will make a wild card appearance at Lyng next weekend with the Rockstar Energy Husqvarna Factory Racing team.

“I’m looking forward to being able to race some of the British Championship races this year. I really enjoyed Lyng last year as it’s a mega track to ride. It will be nice for me to refine a few of my settings with the bike and the team.”

The line-up for Lyng the opening round of the Championship is extremely strong and there are several riders that we could see on the podium at different rounds this season. Speaking with some of the riders before next weekend, they are excited about the Maxxis Championship kicking off.

“I’m really excited to get the season going and get racing again, I’ve always liked the track at Lyng and it sometimes gets rough but I’m hoping for some good results and a strong start to the year.”

I can’t wait to get the British season kick started at the Maxxis, I’ve had a couple of good results up to now and would love to carry on that form at Lyng. I like the track a lot; it’s very natural and fast flowing. It gets rutted up and rough but it’s always fun to ride and I enjoy riding there.”

I’m excited for the new season to start, this is my second year with the Dyer Butler KTM team but my first year moving up to the MX1 class. The level of riders is really high this season and I’m sure the battle is going to be intense at Lyng.

I had mixed fortunes at Lyng last year but I hope they prepare the track like they did last year as it was really good to ride and I’m looking forward to getting there next weekend. #685″

“I’m really looking forward to the British Championship starting. I’ve got a few races under my belt now and I feel like I’m ready for it. Lyng is a great track, it has some different terrains and some fast and slow bits, which creates some great racing.”

One of the main riders missing from the first round will be Adam Sterry who suffered a broken arm at the GP round in Qatar.

Trade stand enquiries can be made with andrew.hay10@btinternet.com

Tickets are only available to buy on the gate and will be £20 per adult, children under 14 are £5 and a family ticket is £45. 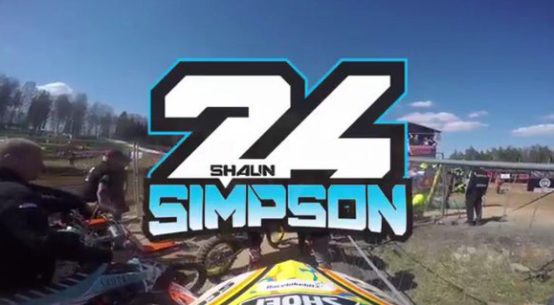 Fast Lap with Shaun Simpson at the MXGP of Latvia 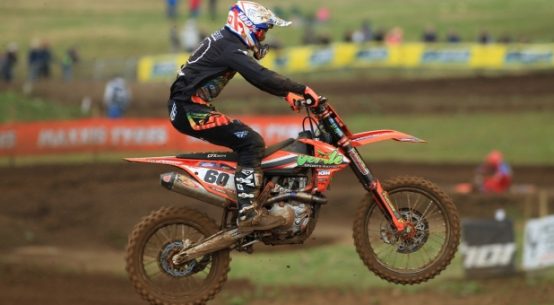 Can Brad snatch silver at Foxhills? 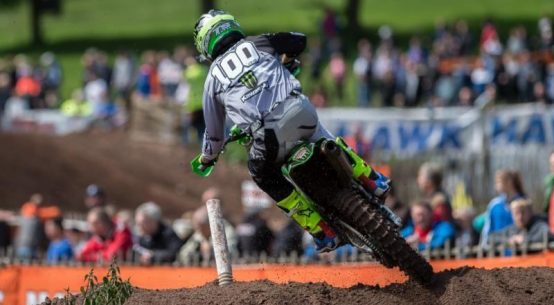 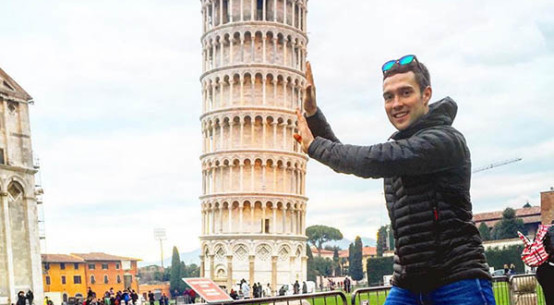