Only last September Ken De Dycker was standing on the podium with Team Belgium at the Monster Energy MX of Nations. After a productive winter with his new 24MX Lucas Oil Honda team Ken was looking forward to the new season. That was until a femur fracture one week before the opening MXGP round in Qatar played havoc with his plans. We caught up with the multiple GP winner. Ken, what’s the current status of your injury?
Ken De Dycker: “Rehab is going well. Next week I’ll have another scan of my leg and I will consult my surgeon Dr. Ghijselings. Hopefully he can give me the green light for the screws to be taken out. I’ve started cycling again and that feels great! It’s motivating to be moving forward. My next goal is to get back on my CRF in the next 4 to 5 weeks.”

Where does this leave you physically?
De Dycker: “Of course I’m not in the shape I was at the time of the crash. I immediately started to do the muscle exercises for my leg, daily physiotherapy and so on. We’re literally doing everything to come back in the best possible way. You can see that I’ve lost muscles in my right leg but for sure the strength and stability are returning.” In spite of this huge blow you’ve remained very motivated and even-keeled. Has it helped mentally to have a guy like Joël Roelants (ed: De Dycker’s coach) in your corner?
De Dycker: “It helps to have good people around you but in the end you have to do it yourself. It’s (all) about flipping the switch. Two minutes after something like this happens you have to say this is how it is. How do we go forward from here? Mentally it’s been okay really. I think it’s also different when you had some strong races under your belt and you can not finish the season. Now, I know that I have 4 months of hard work thrown away so to speak but I can still prove myself this season.”

You looked strong in practice and you were definitely ready for 2016
De Dycker: “Yes, physically I felt really food and the bike was up there as well. The CRF450R package is strong, we had the suspension working great, we only needed to fine-tune my starts. To return to a bike like that gives me confidence as well.” What do you think of the MXGP season so far?
De Dycker: “Tim Gajser has had a hell of a start, he’s been impressive. Febvre is up there. Behind those two there’s a big group of guys running a similar pace. You can see it makes for exciting racing! If Gajser can continue to challenge upfront? Well, he has won three out of five rounds so far. That’s no coincidence!”

Any particular races you look forward to when you’re back?
De Dycker: “My home Grand Prix in Lommel of course, I hope to be there for Matterley Basin which is an awesome track and I love the British fans. The American GP’s at the end of the season are always special as well. Depending on my scheduled return I might do an ADAC MX Masters (Germany), MX Elite (France) or Dutch Masters of Motocross (Holland) race before my first GP’s. And I haven’t raced in the Belgian Championship this year yet. I always like to ride in front of my home fans.” Do you have some additional events you’d like to do once the GP season has finished?
De Dycker: “That’s still far off! The Red Bull Knock-Out sounds tempting though. I always wanted to do it but in the past it was not compatible with the schedule of the team. So if 24MX Lucas Oil Honda is up for it, why not?”

Best of luck with the next stage of your rehab.
De Dycker: “Thanks, I will keep you posted.” 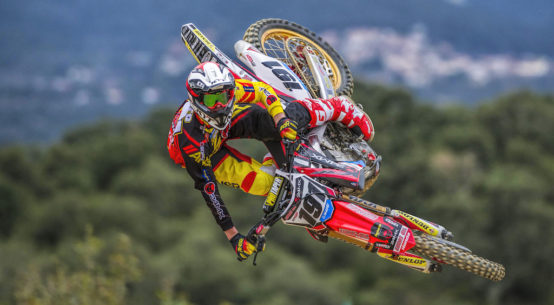 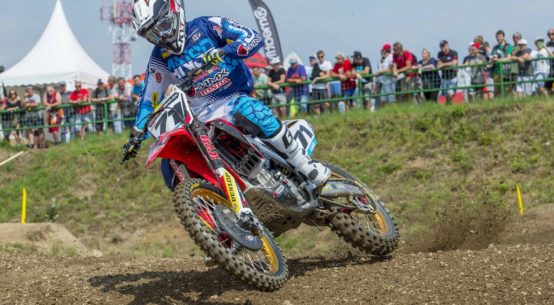 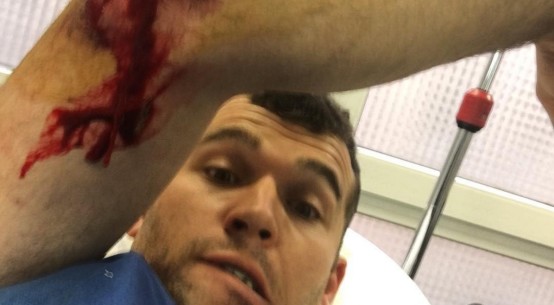 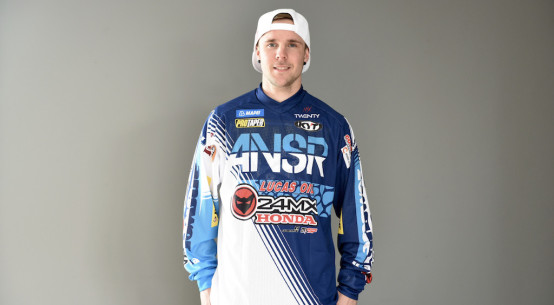