Today’s European races in Lommel saw another successful day for Fantic Factory Team Maddii riders Nicholas Lapucci and Maximilian Spies as the pair were victorious in the EMX250 and EMX2t Presented by FMF Racing categories and went on to extend their championship leads.

In the first EMX250 race of the day, it was Lapucci who took the holeshot and was closely followed by SM Action YUASA Battery Racing Team’s Kevin Horgmo as a few riders got caught out after the first corner.

Meanwhile Horgmo was not letting Lapucci run away with it as he set the fastest lap time of the race and was keeping close with the Fantic rider. As the race progressed, the Norwegian made several attempts to take the lead and eventually by lap eight was the new race leader. Though his time in the lead did not last long as by the following lap the GasGas rider crashed out and re-joined in fourth place.

Further down the field, home rider Liam Everts of KTM Liamski was working his way back up into the top 10 as he charged forward making some good passes to finish the race in fifth position.

Though it was Lapucci who was victorious in race one with Talviku second and Rick Elzinga of TBS Conversions Racing finishing the race in third.

In race two, it was Lapucci and Horgmo who were side-by-side in the start followed by Elzinga, Florian Miot of PAR Homes Husqvarna Powered by Stebbings and Kjell Verbruggen of KTM Sarholz Racing Team.

Horgmo then dropped to third as Elzinga went through and by lap three we saw the Dutchman take the lead as he managed to get around Lapucci.

Everts was having a much better start to the race as he passed Talviku and Miot to move into fourth, while Elzinga was the fastest rider on track and went on to extend is lead to 3.308 seconds.

Miot then made a mistake which allowed Talviku into fifth position as Everts searched for a way to get close to the top three riders.

Elzinga rode a dominant race until the chequered flag fell, with Lapucci finishing second and Horgmo third. With a 1-2 result, it was Nicholas Lapucci who was the overall winner, while Elzinga finished second on the podium with Horgmo third.

In terms of the championship standings, it’s Lapucci who leads by 26-points over Horgmo, while Elzinga moves from fifth to third in the standings.

Nicholas Lapucci: “The main goal today was to manage, take as many points as possible because the track was really sketchy and it was really easy to make mistakes, so I just took two good starts, I think I took two holeshots, then from there I managed to take the overall win and just focus on my flow, to don’t do some stupid mistake and take the win”

“For sure, to win is good for the mind, I will go to Latvia more pumped than ever, let’s see what will happen and always we take it race by race, no pressure, just have fun, try to keep the red plate until the end of the championship”.

Rick Elzinga: “I like this track a lot. It’s always good to have a good result in Lommel especially because it is an iconic track, I really love being here. In the first race I had a trouble with the bike and was fighting a lot with the track, but second race was much better, for me race 2 is always a big race, happy to win again, happy to take the second place. After England I was really far behind, I think fifteenth, and then after Oss, I moved to sixth in the standings and now to third, if we keep going like this, it will be good for the championship”.

Kevin Horgmo: I felt quite in control when I was leading the first race and then just it went over and hit my neck really bad, so for the second race for me it was just a matter of surviving. It was really hard to keep the head up in all the bumps; in the first ten minutes I managed but the last twenty minutes were terrible for me. I’m little bit sad because I think the track was really awesome and it would be fun to have some good battles if I was one hundred per cent fit but that is racing”.

“I like Kegums, it’s a little bit a harder sand, maybe a little bit more difficult in one way but in another way not as though as here. Now I need just to focus on the starts, because in England I had two really bad starts, today I improved in both starts, so I want to keep battling with those guys, and hopefully be on the podium for many rounds to come”.

In the opening EMX2t Presented by FMF Racing heat, it was Federico Tuani of Fantic Factory Team Maddii who grabbed the holeshot and led the way, with Damian Wedage, Liam Hanstrom, Spies, Ken De Dycker and Brad Anderson of Verde Substance KTM just behind.

Spies then began to close in on Hanstrom and by lap three was the new race leader, as Tuani dropped to third. Meanwhile, Anderson worked his way up to fifth and then chased down De Dycker for fourth and set his sights on Hanstrom to break into the top three.

Tuani then took back second place as the gap was 3.071 seconds between him and Spies. Not long after the gap dropped to just over a second as Tuani set his personal best lap of the race going almost two seconds faster than Spies.

With 12 minutes plus two laps to go Anderson moved into third, as Spies got his head down and focused on his own race. Tuani then lost a load of time on the race leader as the gap went up to 8.228 seconds and that’s when Anderson caught a sight of the Italian rider and began his late charge for second.

In the end it was Spies who was the first race winner with Tuani second and Anderson third.

In race two, it was Anderson who got a much better start and led Wedage, Hanstrom, Tuani and Rene Boer. Meanwhile race one winner, Spies, had an unlucky start to the race after crashing on the opening lap and having to work his way up from outside the top 10.

De Dycker then got Boer for fifth, while Tuani closed in on Hanstrom to steal second place from the Swede. Hanstrom the dropped another position as De Dycker went through into third.

Tuani then cut the gap to Anderson as he went after the race win, while Spies was making progress of his own as he got around Boer and Hanstrom to move into fourth position.

Tuani took the lead on lap five and then stretched out his lead to 11.392 over the next few laps, while Spies managed to get around Anderson for second and then it was game on as the German fought hard to catch his teammate.

With just a lap remaining, Tuani made a very costly error and crashed which cost him his first EMX race victory as Spies was able to go through and take another win. Anderson finished the race second, as Tuani managed to hold on to third.

With two race victories, Maximilian Spies was the overall winner, with Brad Anderson second on the box and Federico Tuani third. Spies continues to lead the championship with a 16-point advantage over Anderson, with Tuani a further two points behind.

Maximilian Spies: “The day started very good again and also very close with the time practice, I went fastest on the last lap with 0.05 seconds in front of Federico. I felt a little bit of pressure but in the first race I managed to get a good start in third, just pass both riders and got my flow and kept focused for the second race. But the second race didn’t go how I wanted it. I crashed in the first lap, and I lost a lot of time there but when I stood up I just focused and said I want to win. I did my best and on the last lap when I saw Federico, we had just four second between us, then he made a mistake, that’s racing, and anything can happen. I went 1-1 again today and I am very happy with it”.

“I want to keep consistent and don’t do anything stupid in the races, just ride good and smooth and win again. It will be hard on hard pack because I know Federico and Brad are good riders and I also made good progress with the Maddii Family in the hard pack, and we will see”.

Brad Anderson: “In the first race I pushed so hard in the start and used so much energy, but that second one I got a brilliant start ,got out first and I tried to control it but pushed too hard and didn’t have anything left as I wasn’t feeling so well. I was looking forward to this round but I’m getting older now and it was tough for me around here but I’m glad to come away with second overall and second in the championship. Hopefully I can pull some points back at the next round”.

Federico Tuani: “I trained a lot here in Lommel, so I really wanted that win but unluckily I crashed on the last lap, and I don’t know what to say because I feel awful inside. It’s difficult to accept but it is what it is. I finish on the box and that is quite okay, we move on to Turkey and I hope for the best, a good ride, and no stupid mistakes. I am quite happy that it will be hardpack, I saw some videos of the track and it looks like it will be fun”. 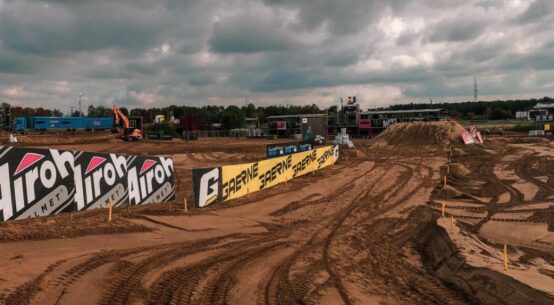 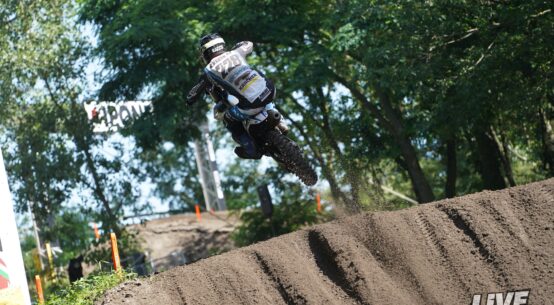 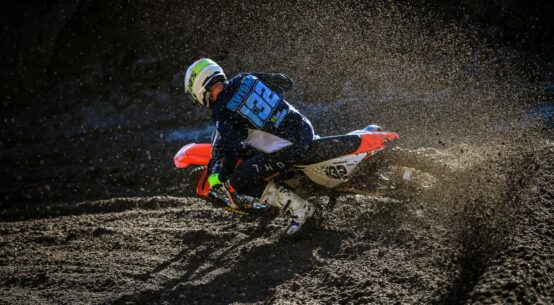 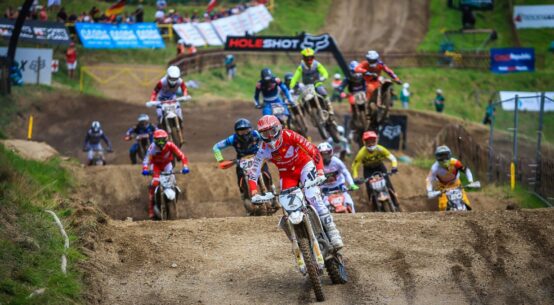