Hitachi KTM UK riders Ben Watson and Josiah Natzki occupied the top two steps of the MX2 winner’s podium at the fourth round of the British Motocross championship, sharing race wins and seeing Ben moving into a healthy 30-point lead over his nearest rival.

The venue was the iconic rough and ever tough Hawkstone Park in Shropshire, scene of many excellent GP races, and the Shropshire track’s reputation would take a heavy toll on many of the riders.

Josiah took the holeshot at the start of the first MX2 race from Brad Todd and team mate Watson. Watson hauled his way into the lead on lap six, with rival Kullas slowing with a mechanical problem – forcing him to pull out of the race two laps later. By the flag, Watson was eight seconds ahead of second place Barr, Kellett, Mel Pocock and Natzki, who suffered some set-up issues. Race two saw the fast starting Natzki get his second holeshot, with Watson struggling away from the line and sitting in seventh place with some work to do. Throughout the race, Natzki wasn’t challenged for the lead and went on to win his first British championship race, taking second overall. Kellett looked settled in second place until Watson upped his pace and snatched second from him with two laps to go making it a Hitachi KTM UK one-two.

Other notable KTM finishers ware Millward in the MX2’s and Dutchman Mike Kras again winning both two-stroke championship races on his GL12 KTM. The team’s injured MX1 rider Jake Nicholls was also back on his feet at Hawkstone, albeit aided by crutches, and was offering plenty of support to his two young team mates and chatting to the fans.

Teutschenthal in Germany will be the teams next outing for round eight of the world motocross championship, with the next British round to be held at Desertmartin in Northern Ireland on June 18th. Ben Watson 919 – MX2 overall winner. “Today went just how I wanted and we now have a bit of a lead over the opposition. It’s not taken the pressure off as I want to win as many races at possible but, as we have seen today with Harri (Kullas), things do go wrong and the lead we have now just makes a nice if we have any problems. The only real issue I had all day was a bad start in race two where I span up on the concrete start and another rider came across in front of me.”

Josiah Natzke 33 – MX2 overall second. “It’s been a good day today with two good starts, but in race one I got really bad arm pump and faded back towards the end of the race. I think it was the bike set-up that caused it. But my starts, speed and fitness was all good so I am happy.”

Jake Nicholls 45 – MX1 out injured. “My injuries are all healing well and I have no pain now which is very good and now being able to walk about a bit is helping with the boredom. They can’t really tell me how long I will be off the bike so we just have to wait until it’s right. There’s no bone damage so it’s a waiting game until the hip tightens up – and it’s a big bone and joint. There’s nothing broken and no little chips of bone moving about, so no surgery or anything, I just need to be patient. I may be back for the last couple of races of the year, but I’m not coming back until I know it’s right” 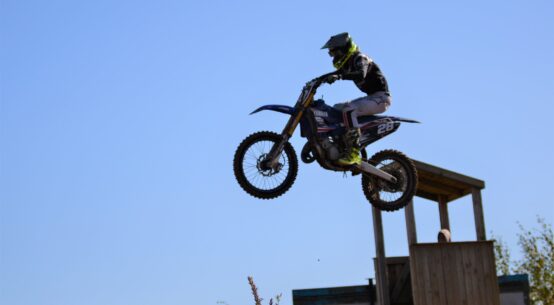 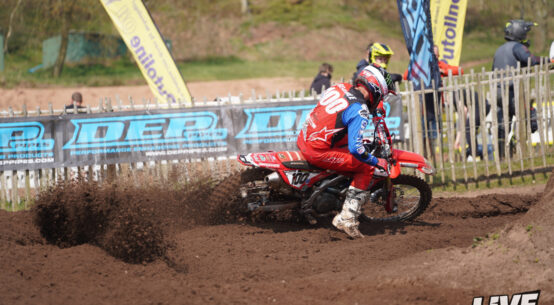 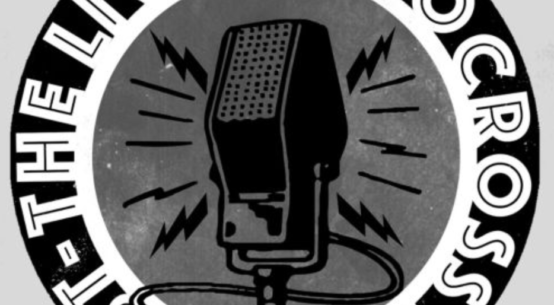 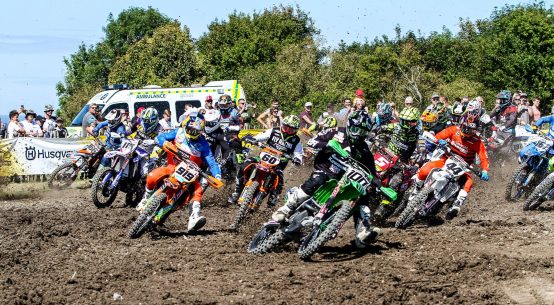