Any motocross race in Italy is guaranteed to be special, such is the sport’s place in the hearts of Italian fans, but this weekend’s MXGP of Trentino is sure to be extra-special for the Honda Gariboldi Racing squad. Firstly, it’s the first of two Italian home rounds for the Milan-based squad. Secondly, the team’s #243 CRF450RW of Tim Gajser will proudly wear the red plate of the championship leader. And of course this Grand Prix in 2015 was the scene of Gajser’s sensational career-first MX2 Grand Prix victory.

It’s hard to believe that just 13 months ago, the 19-year-old Slovenian MX2 Champion and MXGP World Championship leader hadn’t yet won a GP. In celebration of this, and recognition of his rapidly escalating popularity, over 1,000 Slovenian fans will follow their sporting home hero to the Arco di Trento track – the closest race on the calendar to Slovenia and therefore Gajser’s de facto home round.

Racing is again set to reach fever-pitch this weekend, as Gajser will be aiming for his eighth consecutive podium finish (as the only rider to have finished on the podium of every round so far in 2016), continuing the tooth-and-nail scraps between himself, reigning champion Romain Febvre and Italian hero Toni Cairoli that are intensifying as the title race heats up.

Lining up alongside the Slovenian superstar will be MX2 teammates David Herbreteau and Jorge Zaragoza. Herbreteau will be looking to unlock more of his potential as he grows with every race in his first season with the team aboard the CRF250R. Zaragoza is a rider who prefers hard-pack tracks such as Arco di Trento, and so will be aiming to bounce back from a difficult pair of GPs in Latvia and Germany.

With heavy rain forecast for Saturday, the track may not be so hard-packed for the opening day of track action, and although it’s set to ease off, Sunday also promises more rain for the races, the first of which gets underway at 1315hrs local. Tim Gajser, no.243
“It’s a special feeling going back to Arco this weekend, because it’s where I took my first MX2 GP win last year, and also now we have the red plate which just looks so good on the red bike! It’s also the home race for the team, and my home race because it’s the closest to Slovenia so we will have many, many fans coming out. I think around 1000 will make the trip from all over Slovenia, which is just amazing. You didn’t use to see so many fans in yellow shirts, so now I’m really amazed so many are coming this weekend, and I want to thank them all for their support, and I’ll try my hardest again for them!”

Jorge Zaragoza, no.101
“In the last two races our problem started on Saturday because we didn’t have good qualifying races, so Sunday we were already at a disadvantage. This weekend, we need to focus on making a better Saturday and using that to make Sunday easier for us, rather than having to try and come back through the pack which, especially in Germany, was hard.”

David Herbreteau, no.338
“We’re working in a good way with every race and I feel like we’re making progress, but I know I can be faster and better in races so we’re working hard with the team and with Bruno on finding out how to unlock this. I want to be in the top ten so we’re all focused on the steps we need to reach this, and I know we’ll find the way.”

Giacomo Gariboldi, Team Principal
“It’s always good to go to Italy, but especially with the red plate with Tim. For the Gajser family it’s an important race because it’s the closest one to their home in Slovenia so there will be many fans from their hometown and all around the country. Last year there were great scenes with 250 GT243 fans, and this year there will be more than 1000 so you can imagine the atmosphere, and I’m sure that he’ll feel the extra support from them.” 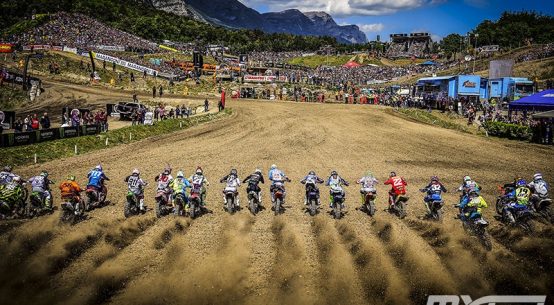 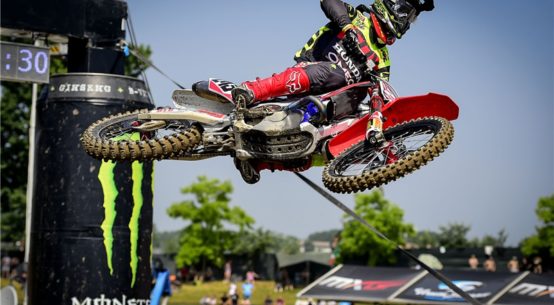 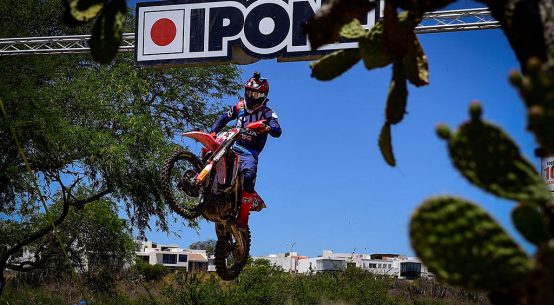 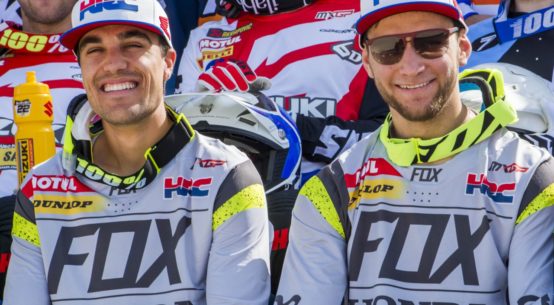