The 2016 season is now in full swing, here in the UK with the Maxxis and the BYN. The MXGP is on its second flyaway stint with Argentina which was amazing by the way and this weekend in Mexico – fingers crossed it doesn’t let us down.

Over the pond in the USA, Monster Energy Supercross is on its last few laps before the grand finale in Las Vegas, barring a complete nightmare Ryan Dungey looks a safe bet for the 450 class but both 250 coasts are still anyone’s guess – if you fancy a flutter maybe your money should go on Cooper Webb for the West and Malcolm Stewart on the East coast – with 4 rounds remaining, absolutely anything is possible.

Congrats to Conrad Mewse on his first ever cover (we think it is anyway) he deserves it and he’s one rider to look out for in the coming years, plus he’s British which rocks our world.

Enjoy the read, remember to share the love on your social sites and see you all at the races.

5 of the Best – Argentina or Bust
Is the MXGP of Argentina fast becoming the new Namur?

Shaun Simpson – 4 Key Tips that will improve your season

A story to tell….featuring Jeffrey Herlings
The year was 2012 and the venue was Lommel in Belgium – MXoN at its finest.

Where are they now?
Glen Phillips is still passionate about the sport, things have changed for the Welshman but not that much. 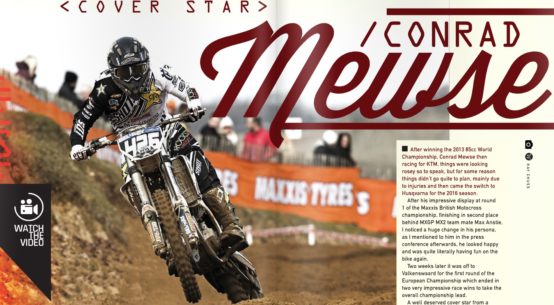 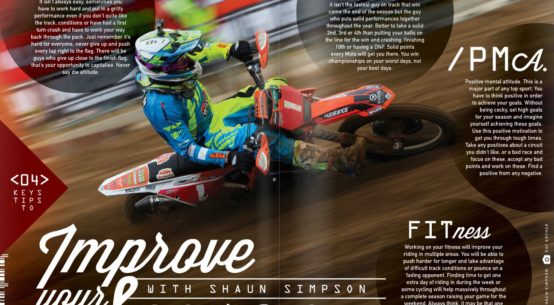 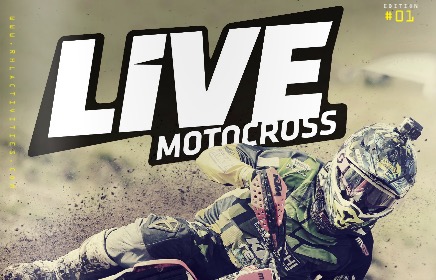 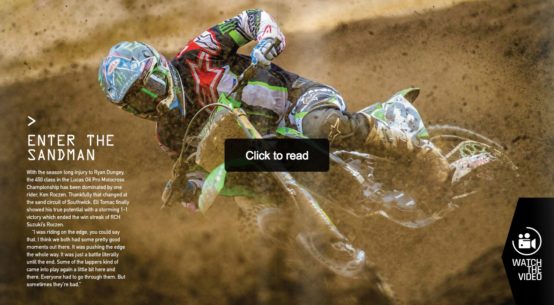