It will be one epic showdown: On June 24, Red Bull X-Fighters will celebrate its 15th anniversary in the “home of FMX“ at the Plaza de Toros de Las Ventas in Madrid. The world’s best riders, including two talented “Novilleros“, will battle in a new format for the most prestigious crown in Freestyle Motocross. The athletes will have to go all-in at this one and only event with the best tricks ever seen!

New rules: every round is different!

The 2016 FMX calendar showcases a new event format and all twelve riders will have to deliver the best of Red Bull X-Fighters’ 15-year history for a chance to win. In the first round of competition, the “Roulette“, which offers some of the most spectacular, stylish and in contest almost forgotten tricks, will randomly add a trick that all riders have to perform in their run. In the second round, three pairs will ride in the classic head-to-head format and define the top three riders for the final. In the final, all three contenders will ride one more time, giving all three of them the chance for the title. No matter how they placed before, all three can win… or end up in third position!

The best riders meet the “Novilleros“

The ten biggest names of FMX will enter the winner-takes-all event. Reigning Red Bull X-Fighters World Tour champion Clinton Moore (AUS) will try to defend his crown against the likes of last year’s Madrid winner Tom Pagès. The Frenchman wants to top his record-breaking “three-peat“ in Las Ventas and of course win back the title with new spectacular tricks never seen before. Former champions Josh Sheehan (AUS), Levi Sherwood (NZL) and crowd favorite Dany Torres (ESP) will join Pagès in the attempt to steal back the title from Moore and bring their “weapons“ in form of double backflips, surreal trick extensions and perfection. Taka Higashino (JPN), Rob Adelberg (AUS), Adam Jones (USA), David Rinaldo (FRA), and reigning FMX world champion Maikel Melero (ESP) will join the elite crew and they are all capable of winning the Red Bull X-Fighters competition.

This year, two aspiring young talents, the “Novilleros“, will try to get their “Torero” status and will challenge the best athletes in the world. The committee of experts will choose the first talent, but the second rider must win the heart of the FMX fans! For the first time in the history of Red Bull X-Fighters, the fans will influence the riders’ line-up by voting for their favorite “Novillero“ at redbullxfighters.com/novilleros! FMX riders will be able to submit their 90-second video applications from April 14 until May 13, 2016. 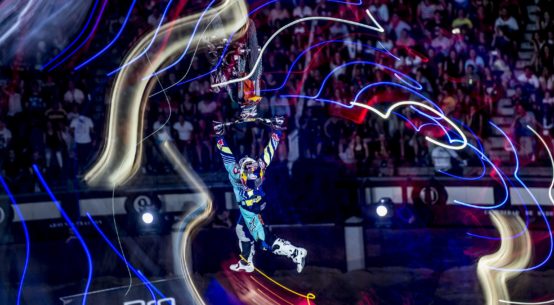 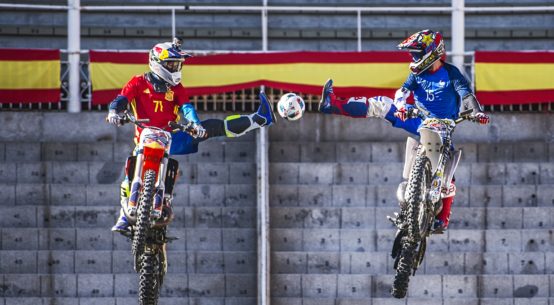 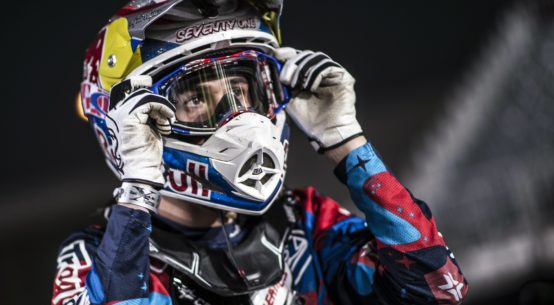 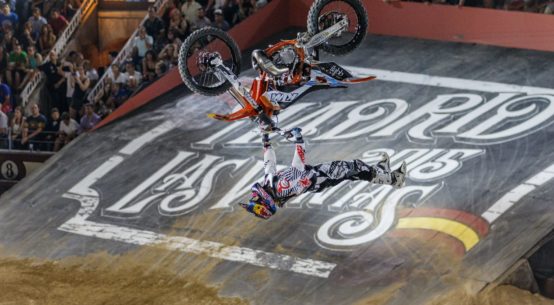