This weekend is set to be another fantastic event run by the Salop Club at Hawkstone Park; they have the full Maxxis British rider line-up for Sunday 22nd May at round three of the Maxxis British Motocross Championship at Hawkstone, SY4 4NA.

All of the gates are nearly full in the MX1 class, MX2 class and the MXY2 for racing at the historic circuit. The riders have a month break since the last round at Canada Height and so all are eager to get back out on track.

Shaun Simpson is currently leading the MX1 class and after a string of strong results he is looking forward to round three of the British Championship.

Shaun Simpson – “2016 has been my best season to date so far in terms of consistency, but I still expect more from myself. I’m waiting on a ‘click’ and when things come right I’ll be back up inside the top five on the world stage where I belong.

I had a tough first round at Lyng but again managed to be consistent and score a 2 – 2 on the day. I love Canada Heights so going 1 – 2 for the overall win and picking up the red plate there was great.

I would like to continue that form into Hawkstone this weekend as I love the circuit, plenty of jumps and passing places which produce some great racing. The goal is 1 – 1 on the day and stretch out my Championship lead.”

Hunting him down in the Championship is Tommy Searle, only four points behind Shaun. Tommy crashed on the opening lap at Canada Heights but despite all the odds still fought his way back through the field to finish an incredible ninth place. Tommy has had some good results at Hawkstone Park in the past so this weekend will be no exception and it is set to produce some fantastic racing.

Tommy Searle – “I’m glad after the crash I had at Canada Heights I had no lasting injuries as it was a big crash. I’m glad I managed to fight back and get some points and I’m only a few points behind the Championship lead as we head to Hawkstone this weekend. Hawkstone is a great track and the fans are always really supportive. I am looking forward to going there and getting some strong results and I want to be leaving there holding the red plate again.”

Graeme Irwin – “I’m really happy with the way I have been riding so far this season and I will be pushing hard for some more good results at Hawkstone Park this weekend. The track is always well prepped and awesome to ride. It is one of my favourite tracks to ride at and has a really old school feeling to it. I’m looking forward to battling for the wins this weekend.”

In the MX2 class the top three in the Championship are split by just one point. Heading to Hawkstone carrying the red plate is local man to Hawkstone Park, Steven Clarke.

Steven Clarke – “I’m really excited for Hawkstone this weekend as it’s the closest British Championship to my house and I’ll have plenty of family and friend there supporting me.

The track is always good and the title hunt is tight so it should make for some awesome racing. My season has been pretty good so far, I’ve been on the podium in every Moto excluding my DNF at Lyng where I was running in 3rd place at the time.”

He is on joint equal points with James Dunn who has recently been drafted in as a wildcard rider in the MXGP series.

James Dunn – “I’ve had a great start to the season this year, after two rounds of the British Championship I’m tied on equal points for the lead and I feel very comfortably on my Husqvarna 250. I’ve also raced a few selected MX2 GPs which has been a great experience. I am really looking forward to Hawkstone on Sunday, it’s a great track and normally attracts a great crowd!”

In third is team-mate to Graeme Irwin and fellow Irishman, Martin Barr.

Martin Barr – “My season so far has been going pretty good, I’m really happy with my speed and fitness and the bike is working perfectly. I’m really looking forward to Hawkstone as it’s one of my favourite tracks on the calendar and it should make for a good days racing.”

In the MXY2 Championship it is young Scottish star Alexander Brown leading the series. However, he recently sustained a nasty crash breaking both collarbones and doing damage to both shoulders and he will be unable to ride at Hawkstone Park this weekend. There is still a packed amount of riders on the MXY2 grid who will be fighting it out for the overall win. 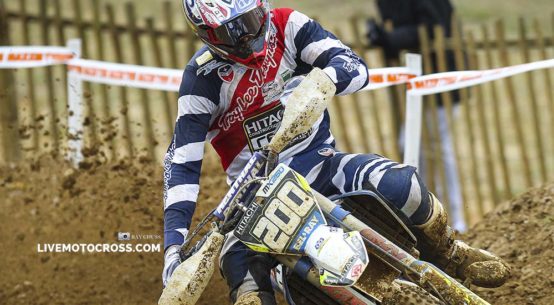 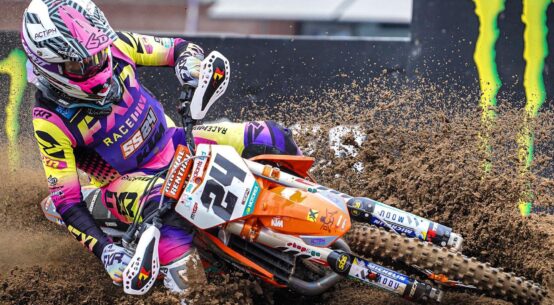 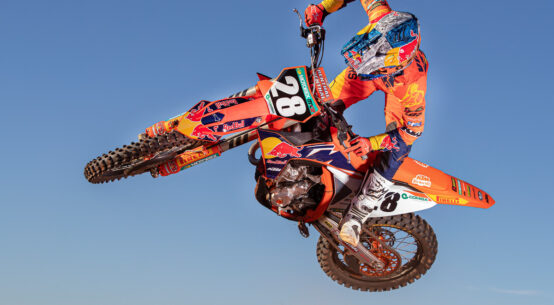 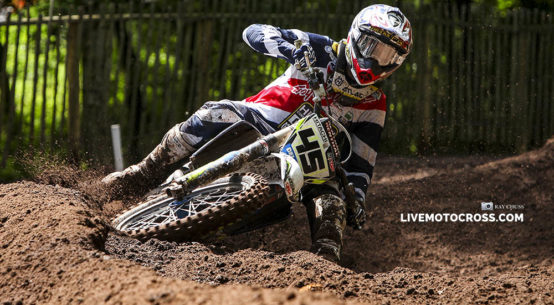