The Rockstar Energy Husqvarna Factory Racing Team took home a win, a podium, and a top-10 finish on Saturday at the notoriously tough and sandy Southwick National in Southwick, Mass.–the seventh round of the Lucas Oil Pro Motocross Championship. 250 red plate holder Zach Osborne extended his points lead in the class by claiming another overall victory, while teammate Dean Wilson earned his first 450 career podium finish. Martin Davalos also had a successful day by taking home an impressive fifth overall in the 450 class. Zach Osborne was top-10 at the start of the first 250 moto and was seventh by the end of the first lap. He charged up to third by the halfway mark and was on the attack as he made the pass for second and set his sights on the leader with six minutes remaining in the race. He stayed in control for a strong second-place finish. He pulled the holeshot in the second moto, stayed in the lead, and kicked it up a notch in the fourth lap as the rain came down. He started pulling away and held his ground to take home another overall victory. The win extends his points lead in the 250 championship.

“Southwick was great for me today,” said Osborne. “I went 2-1 for the overall and qualified third. I didn’t get the best start in the first moto but I managed the race well and was able to take second. I got off to a perfect start in the second moto, took the holeshot, and never looked back. It was a great day and it’s nice to extend my points lead a little bit more. I just hope to keep this momentum going.”

Dean Wilson pulled a top-10 start in the first 450 moto and was seventh by the end of the first lap. He went back to 12th after a fall then then put on a charge to move through the pack. He was 11th at the halfway mark and started battling with Josh Grant for a top-10 position before making the pass stick in the seventh lap. He put on a great ride and continued to make passes before finishing sixth. He was top-10 at the start of the second moto and started battling with teammate Martin Davalos for the fourth place position in the first lap. He made the pass and overtook the fourth-place spot at the end of the lap before getting stalked by Eli Tomac for the position. He held his ground for a lap before falling back a position in lap two. He re-inherited the fourth-place spot after Justin Barcia went down then made it into third with two minutes to go. He held strong to finish an impressive third. The 6-3 finish gave him third overall on the day – his first 450 career podium. He is currently fifth overall in 450 rider point standings.

“I had an awesome day,” said Wilson. “I was a little disappointed that I fell in the first moto, but I got up and charged to sixth. I ended up with a third in the second moto, which gave me third overall and my first career podium. I’m very happy and I just want to thank the whole team for believing in me. I’m having so much fun and I’ve been working hard with Tyla—I’m looking forward to the next few races.”

Martin Davalos was mid-pack at the start of the first 450 moto and quickly navigated into the top-10. He was ninth at the halfway point and held his ground. He stayed consistent and moved through the pack to finish seventh. He pulled a top-five start in the second moto and put on a steady ride. He was fifth at the halfway mark, inherited fourth with two minutes to go, and rode strong to the finish. The 7-4 finish gave him fifth overall on the day, and he is currently 13th overall in 450 rider point standings. “The weekend was pretty good,” said Davalos.

“The track obviously developed the fastest times during the first practice, and I wanted to get adjusted to the sand and get a good bike setup for racing. I didn’t feel like I got the greatest start in the first moto, but I worked my way through and finished seventh. I got a great start in the second moto and rode a solid race. I was very patient with myself and I feel like I rode to my full capability. The track was really rough, but I did the best I could do and came out with fifth overall—which is my best of the season so far. I’m really looking forward to letting my body heal up during the break before getting back in the swing of things at Millville.”

Jason Anderson was unable to race due to an injury sustained at practice during the week. He will return after the break at the Spring Creek National.

The team will now take a week off before heading to the Spring Creek National, the eighth round of the series, to be held Saturday, July 22 in Millville, Minn. 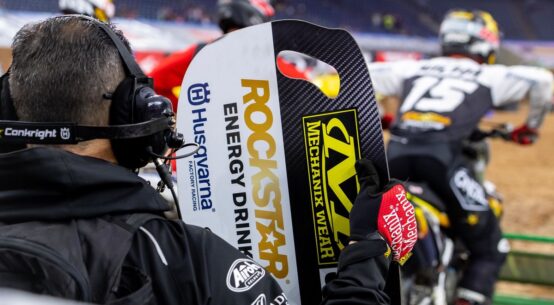 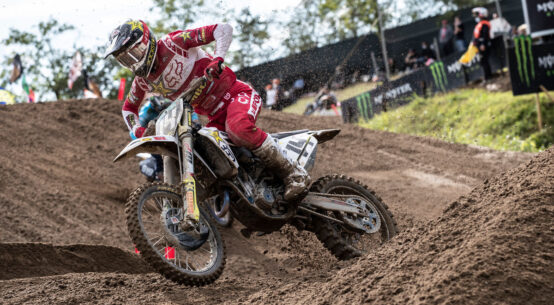 Jed Beaton on MXGP of Lombardia 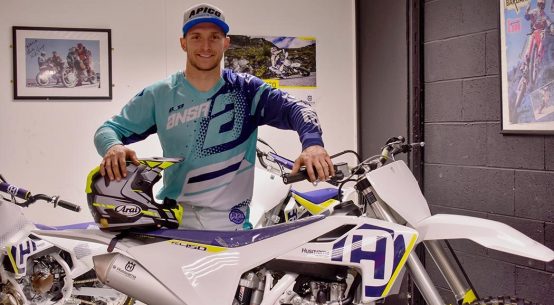 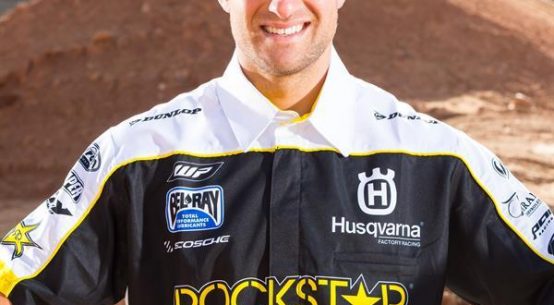