Team HRC head to France for round ten of MXGP
As the 2016 MXGP season enters its second half, the MXGP of France plays host to round ten. The St Jean d’Angely track makes a return to the calendar, with the race having been held at Ernée last year. Coming straight after Spain last weekend, the event marks the home Grand Prix for Gautier Paulin, and with Team France winning the Motocross of Nations last year, the crowds are sure to be out in force in support of their countrymen.

Paulin comes into the event on a high having climbed onto the podium last weekend in Spain, and Bobby continues to be a podium threat having taken a top-three moto finish in both Germany and Italy, and finishing third in qualifying for Spain. As his shoulder becomes stronger post-Latvian MXGP, the Russian is getting faster and returning to his early-season form.

He also had a great MXGP of France last season, albeit in Ernée, with a pair of third place finishes to take second overall to take what was his first podium of 2015.

Evgeny Bobryshev 777
“The performance at the start of the season, like in Qatar, was really strong, but after that I had kind of a drop, you could say. Then I had the injury in my shoulder in Latvia, which is still a little bit weak when I’m riding, but it’s getting better each weekend. I’m happy that I’m still being consistent, but sometimes the weekends just aren’t going my way. Spain wasn’t my race, but actually we still finished fourth so we’re still getting good points which is a goal. Now I’m feeling more close to the form in the early season, like in Qatar. St Jean is a nice track too and I’ve had some good races there. It’s similar to Arco and I like the ground, and I think that it suits me well so I’m looking forward to the weekend. I want another consistent pair of races and to take the step onto the podium again.”

Gautier Paulin 21
“We’re having a lot of fun on the bike again. I was physically finished after Spain, but we still stood on the podium which was great. My condition is coming back now that I can train like I want again, and we’re working hard to get stronger and stronger with more quality time on the bike. The French crowd is always crazy so I always want to give everything for them, but anyway I always want to give everything at every race for myself and for my team. For sure after the podium in Spain I’m looking forward to some good racing in St Jean.”

Roger Harvey
HRC General Manager – MXGP
“It was great to see Gautier on the podium in Spain, so now the goal is to build on that momentum and carry that feeling into France. Bobby has also been there or thereabouts in terms of a podium threat in the last three rounds, and I’m sure it’ll only be a matter of time before he’s on the podium again too. Halfway through the season we’re in a good position with Honda leading the Manufacturers’ Championship and of course Tim leading the World Championship, so although there are still nine rounds left, we’re pleased with where we are at this point.” 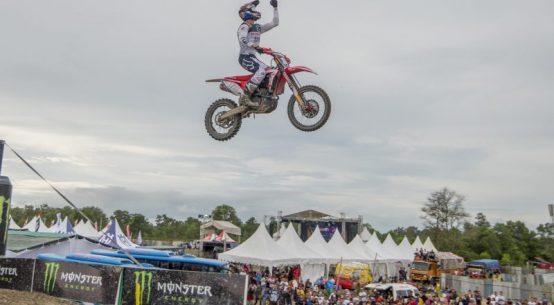 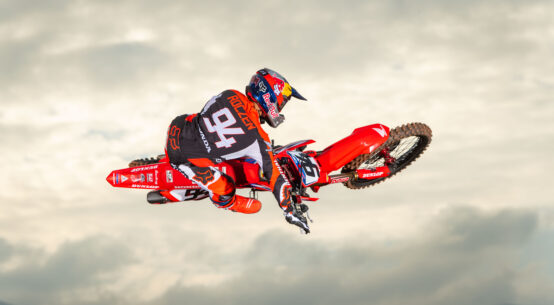 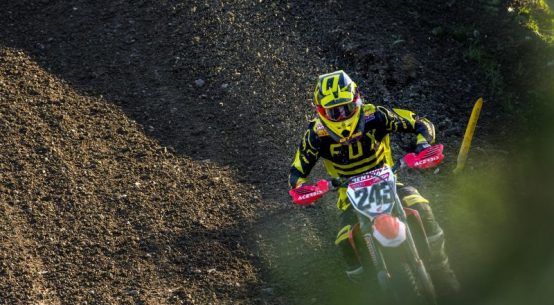 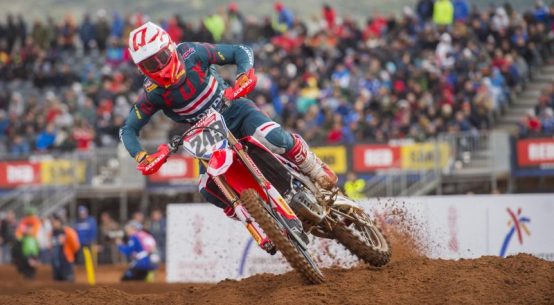 Team HRC ready for battle in first home round at Pietramurata