This Sunday July 9th after a mid-season break the St Blazey Mx Premier Motocross Championship returns to Little Silver Moto Parc, Exeter for round 5 in the 8 round series. In the St Blazey Mx Expert Championship things are about to change at the top as Championship leader Dan Thornhill on the Cab Screens Husqvarna who has a 52 points lead in the standings over the Tony Maunders Racing Suzuki of Jamie Skuse (Pictured No 600) will be a non-starter due to other commitments and with some 150 points on offer, Skuse for sure will be one looking to capitalise in Thornhill’s absence but there is plenty of other talent looking to do well like Luke Sturgeon on the DSC Cornwall Kawasaki who is back from injury and is starting to get back to his best, plus Kelvin Townsend, last year’s Champion Jordan Carter, James Kensington on the 2-Stroke Tony Maunders/MDR Ktm, Ben Hunt, Loukas Maggio and Jay Lewis plus wildcards Tyrone Cleaver and Jack Timms on the JSR Honda’s to name a few.

In the R C Motorhomes 2-Stroke MX1 class Championship its last year’s Champion Leighton Holmes on the J D Racing Ktm who extended his Championship lead at the last round to 18 points over the JCT Developments/Inchains Yamaha of Ben Milward who for sure will be looking to close that gap as will the likes of Henry Ebbutt, Gareth Northam, Leigh Williams and Ricky Brown where as in the MX2 class Gary Roper on the Skydive Buzz Ltd Ktm heads the standings by 59 points from Tom Darlow on the N D Cycles Ktm who returns from injury after a non-scoring last round who will be looking for maximum points to close that deficit.

The M D Racing Over age classes entries are nigh on full as usual. Wayne Shimell goes in to the second half of the series on the TyreMarks/St Blazey Honda with a 32 points lead in the Over 35 class from Darren Banwell on the Cheddar Mx Ktm with Tim Pearce back in 3rd but only 2 points ahead of the Milton Tyres Suzuki of Luke Dewey where as in the Over 40’s last year’s Champion Stuart Rawlings has dominated the last 3 rounds and heads the standings by 30 points from Leigh Williams with Brian Tucker and Richard Tapscott tied on points in 3rd just 30 points adrift of Tucker, but joining in having their first ride in the Championship on the JSR Honda’s are wildcards Simon Lane and Jamie Smith who both could be a threat.

The Over 45’s see’s Richard Green still leading the Championship on maximum points and will be looking to hold on to that 100% record, but hoping to spoil that will be the likes of Mark Gleadhill, Justin Napier and Laurence Watkins plus many others and in the Over 50’s it’s Steve Elford who leads with a 81 points advantage over David Ford on the Projuice Ktm who moved up in to 2nd in the Championship at the last round who is just 8 points ahead of Alan Packer with Rob Lewis just 9 points further back in 4th so the battle will be on.

The JCT Developments Junior Championship this year has produced some of the best racing and as we go in to round 5 it’s Cornish youngster Jake Curtis-Stevens on the DSC Cornwall Kawasaki who has a 52 points lead over Jordan Barrs who took the overall at the last round to claw a few points back and he will be looking to do the same at round 5, but there is plenty of other talent in attendance like Jamie Dixon, Luke Oldfield, Ross Kersey, Scott Ardren, Harry Mitchell and Cameron Packer plus many others.

Little Silver has excellent viewing with easy access and parking and will be signposted off the end of the M5 Motorway (Postcode EX6 7UD) with all the action getting under way at 10-30am. Entries still available (for more info contact Greta on 07979351595) 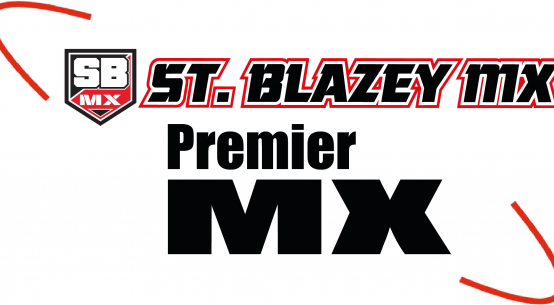 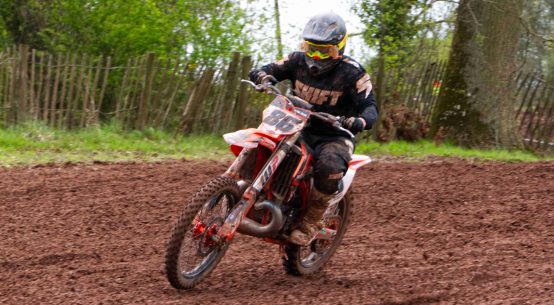 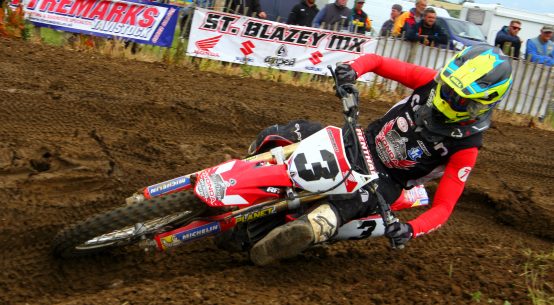 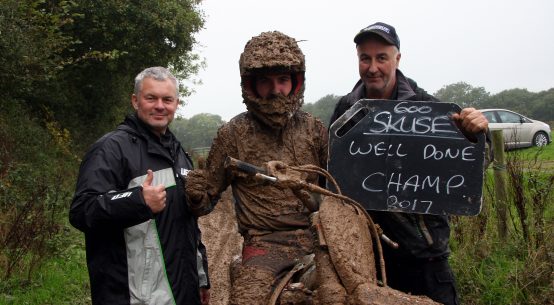