RCH Soaring Eagle/ Jimmy John’s/ Suzuki Factory Racing’s Roczen had to fight through an early-race miscue and battled back to notch a solid sixth-place in the second race of the season. It was the 21-year-old German rider’s second top-six of the year, leaving him sixth in the championship standings at the end of the night.

While the end result fell short of his expectations coming into the weekend, the 2014 Lucas Oil Pro Motocross Champion was decidedly optimistic following the conclusion of the event and he knows where to sharpen his focus this week.

Said Roczen: “I’ve been working really hard on my starts but we need to work on the consistency. We have a couple ideas to help me get better. I was running third in the Main and felt great. I feel like I’m riding good, I’m fast, I’m super strong, but I made a mistake, ran off the track and went down. So, once again, I had to come from deep in the field and unfortunately could only finish sixth.

“I think for us, it’s just about putting a couple of things together on the track. We have the speed and fitness so everything is there. Obviously I’m ‘bummed’ that I didn’t finish up-front but I guess I’d rather start-off slow and pick-it-up than the other way around. It was a tiny mistake that cost us because I was in a good position before I fell to be able to make something happen and maybe have ‘gotten a win. We’re going to keep focusing. We’re doing everything we can and doing it right so we’ll see where it takes us next weekend.”

After errors in both his heat race and semi-final, Roczen’s team-mate Tickle had to race his way into the Main Event by winning the 450SX last chance qualifier (LCQ). Despite having to take this path into the Main Event, and starting deep in traffic, he came home 14th.

“It was a tough night,” said Tickle. “The track wasn’t overly technical so everyone was doing the same thing. That made it really tough to pass. I started out 16th and finished 14th but honestly, it’s going to be a good year. I don’t like that I only finished 14th but it’s going to be fun getting to where I want to be. Everyone is so close and we’re all battling. Everyone is in good shape and we all work really hard. It’s just a solid group of guys racing every week.”

Monster Energy AMA Supercross returns to Anaheim this weekend for the second of two stops at Angel Stadium of Anaheim and the third of 17 races on the 2016 Supercross calendar. 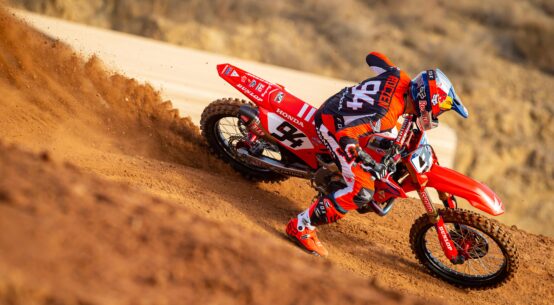 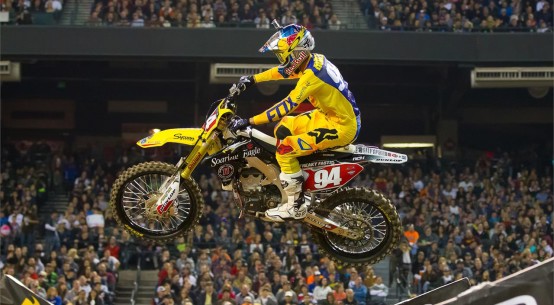 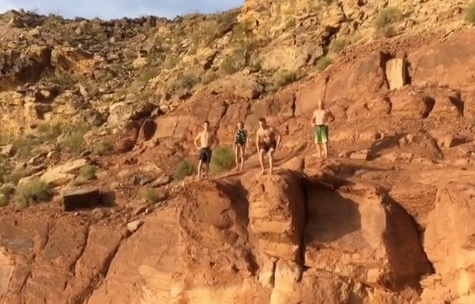 Ken Roczen loves a challenge – cliff jumping being one 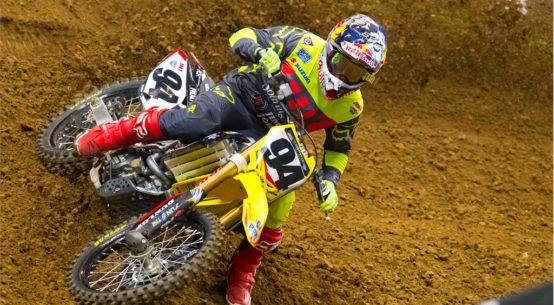