Motocross fans around the world will home into the spectacular floodlit Losail circuit in Qatar this week for the launch of MXGP 2016 and the start of a highly-anticipated trek through eighteen rounds and eight months with the vast range of emotion that this intense motorsports conveys. Coping with the harshest part of the spotlight be will defending champion and Monster Energy Yamaha Factory Racing rider Romain Febvre. The 24 year old Frenchman made an incredible impact in his rookie season in 2015 and now heads into the new edition of the FIM Motocross World Championship as the rider that everyone wants to match and beat.

Febvre might have only just recovered from a right elbow gash that required numerous stitches and forced a ten-day lay-off through the pre-season period but the distinctive ‘461’ is fit and ready to wade into further cuts-and-thrusts of the premier class of the sport where he will have to outwit, out-race and out-last the likes of eight times world champion Tony Cairoli, MX of Nations winning teammate Gautier Paulin and ’14 runner-up and Yamaha teammate Jeremy Van Horebeek. Other stars in the eclectic mix include HRC’s Evgeny Bobryshev, former world champion Ben Townley, Double British Champion Shaun Simpson and fellow Brit and ex-MX2 ace Tommy Searle.

The Yamaha champion, who rapidly grew in confidence and stature in 2015 to eventually pummel the field with fifteen moto wins from thirty-six and eight overall victories from eighteen including fifteen podiums, talks about his life-changing term in this brand new video (below) recorded days and hours before MXGP fires afresh.

“I can remember taking the red plate in Germany [round ten] and it was the midpoint of the season…then I felt that it could be my year,” he reflects. “I had to stay focused because I knew I had the speed and the confidence. In MXGP it is way-easier to be focused on what you want when you know you have the package and speed to make it happen.”

“For sure I learned a lot and the two key factors to win a championship is to keep consistent and win a few races,” he divulges. “My strategy after a few GPs was that if I felt I could win then I would. I was looking at my feeling on the track and the bike. I think you have to be like this. There were some weekends where I was not the best – like Lommel [Belgium] where I pushed and made mistakes – where I had to tell myself ‘take third’. When you are racing it is difficult to tell yourself to accept third, fifth, eighth or whatever but it is what I could do last year and I hope I can do it again this year.”

Febvre has had to grow and mature quickly. He now has to assume a new position as pack leader and again set the reference at the front of the world. Yamaha Team Owner Michele Rinaldi has said that the Frenchman reminds him of an ‘old school’ racer: an athlete with a simplified and dedicated approach, able to displace any form of distraction.

“I try to be a perfectionist – too much – and even when it is perhaps not the best time to expect perfection I still want it,” Febvre muses when asked about his approach to his profession. “I don’t complain about the bike because I know it is good and I feel comfortable but I am very critical of myself. It is not easy and it is something that can force a mistake in a race or the championship story. I need to control myself better.”

Febvre might be transparent with his self-analysis but to the many MXGP viewers and followers that watched him in 2015 there was an unbreakable solidity in the ‘461+Yamaha’ package. Such was his form at the end of the last Grand Prix term that Febvre cannot be discounted from further title contention when Qatar starts the frantic position-swapping and point-grabbing once more. “Like I have told myself many times ‘there can be only one world champion every year…and a rider might be lucky to get ten good years out of a career’. I did it once and I hope to do it again,” he reflects. “My goal is to be totally focussed on the championship and have some stories to tell.”

The gate tumbles on 2016 MXGP Saturday evening in Qatar with practice and qualification heats taking place on Friday. From the depths of the desert the series then clocks-up the air miles with Grands Prix in Thailand, Argentina, Mexico and Holland in the first month and then across the breadth of Europe until the fascinating double-header climax in the United States in September. 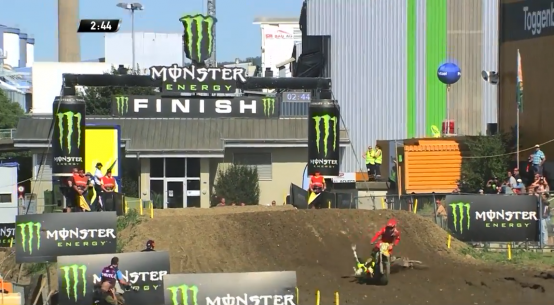 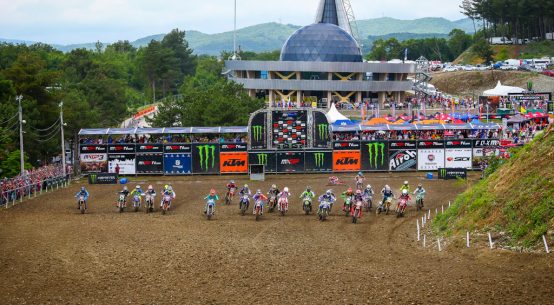 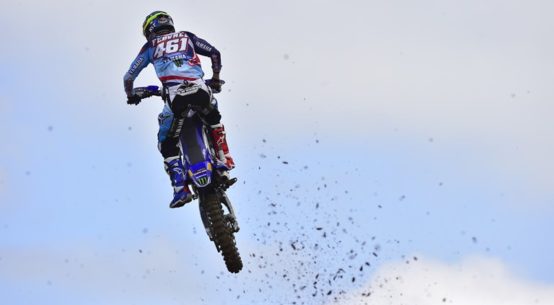 Romain Febvre back to winning ways after Matterley injury 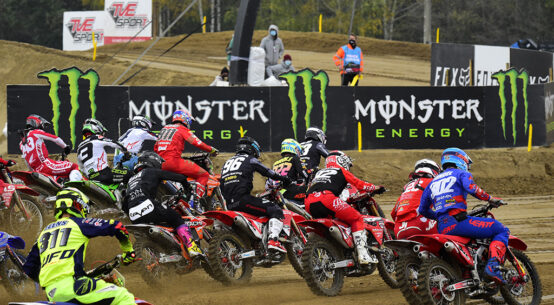 How to watch the MXGP of Limburg

One thought on “Ruling the world: Romain Febvre talks from the top of MXGP”