After an impressively dominant start to the season at Hangtown in which he swept both 250 Class motos, Monster Energy/Pro Circuit/Kawasaki’s Joey Savatgy was surprisingly not a factor at Glen Helen, ultimately finishing seventh overall. In his absence at the front of the field was the Yamalube/Star Racing Yamaha trio of Alex Martin, Jeremy Martin, and Cooper Webb. In the first moto Alex Martin moved into the lead early and paced the field for the majority of the moto until lapped riders allowed Webb to close the deficit and make a late pass for the win.

In the final moto, Jeremy Martin bounced back from some minor misfortune in the first moto to effectively dominate the entire race and earn his first moto win of the season. The reigning back-to-back 250 Class Champion was in position to secure the overall for most of the moto as well, but a late charge to second by older brother Alex turned the points into the elder sibling’s favor and resulted in his first career overall win in his 83rd start. The Martin brothers’ historic 1-2 effort signified the first time in history that siblings finished first and second. The addition of Webb in third overall resulted in the first ever 1-2-3 sweep for Yamalube/Star Racing Yamaha, which put four riders in the top five for the second consecutive round.

Martin’s career breakthrough vaulted him to the top of the 250 Class standings for the first time, overcoming the 15-point deficit he faced to Savatgy entering Glen Helen. He carries a slim two-point lead over Webb in the 250 Class standings entering Thunder Valley, while Savatgy now sits third, three points out of the lead. Jeremy Martin is fourth, four points behind his brother, and heads to Colorado as the defending race winner. 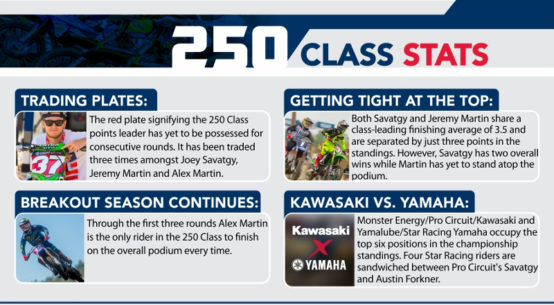 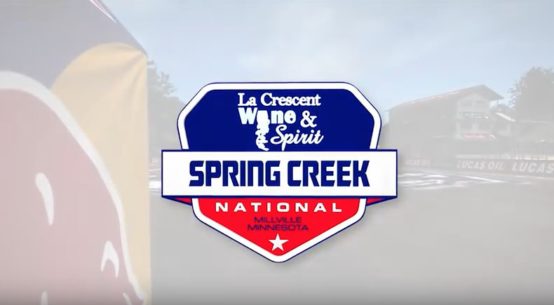 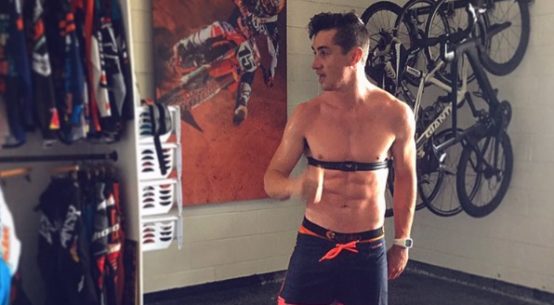 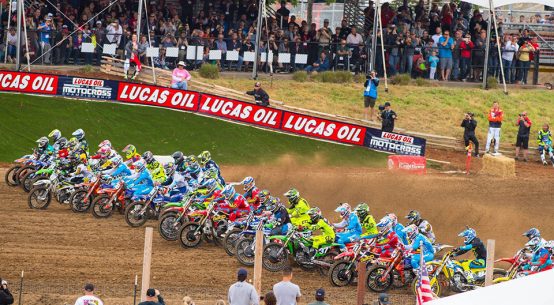 Countdown is on for the Lucas Oil Pro Motocross Series

One thought on “Thunder Valley 250 class roars into round 3”