Following championship-clinching outings this past weekend, newly crowned 450 Class Champion Ken Roczen and 250 Class Champion Cooper Webb lead the Lucas Oil Pro Motocross Championship, sanctioned by AMA Pro Racing, into its final round of the 2016 season. The Third Annual Ironman National from Crawfordsville, Indiana’s Ironman Raceway brings the world’s most prestigious championship back to the motorsports crazed Indianapolis area this Saturday, August 27, with both Roczen and Webb seeking to cap off their memorable summers with one final victory.

RCH Soaring Eagle/Jimmy John’s/Suzuki Factory Racing rider Roczen has been nothing short of dominant throughout the 2016 season. In 22 motos he has claimed 21 podium finishes, highlighted by 18 victories that ultimately vaulted him to eight overall wins and his second 450 Class title in three seasons. After starting the summer with a convincing win at the opening round from Hangtown the German rider never looked back, becoming just the third rider over the past 10 seasons to lead the championship standings wire-to-wire. Last weekend at Budds Creek, Roczen put his Suzuki out front on the opening lap in both motos and pulled away from the field to record his eighth moto sweep of the summer. It was more than enough to clinch the title one round early, giving Suzuki its first premier class championship since Ryan Dungey in 2010 and making the RCH Racing effort the first privately-owned 450 Class effort to win a Pro Motocross title.

Roczen entered the 2016 season with just six career overall wins. After earning five wins during his championship-winning 2014 campaign Roczen claimed just one victory last season, equaling the lowest win total during a title defense in series history. This season he rebounded in resounding fashion, clearly establishing himself as the rider to beat from the opening gate drop and continuing that torrid pace throughout the summer as many of his biggest challengers bowed out with injury. If not for a freak issue with his suspension at Glen Helen, which relegated him to a fourth-place finish, Roczen could very well have top three finishes in every moto this season. It’s been a banner year all around for Roczen and the RCH Racing effort, but its not over yet as they chase one final triumph in Crawfordsville.

While it’s been one of the single-most-dominant seasons in history for Roczen, it hasn’t come without some heavy pressure from Monster Energy Kawasaki’s Eli Tomac. One year after a heartbreaking crash ended his hopes of a title and left him with a pair of severely injured shoulders, Tomac has returned to elite form. He’s earned two wins this season and has been Roczen’s most consistent threat, particularly after defending champion Ryan Dungey was forced out of action with injury. Although it took him a few rounds to dial in his new Kawasaki and develop a consistency that has been bettered by only Roczen, Tomac soon got to the form that made him a dominant force at the start of the championship last season. He’s finished off the podium just five times in 22 motos, highlighted by a streak of 13 straight top-three finishes that came to an end this past weekend. With the runner-up spot in the championship locked up, Tomac heads to Ironman looking to cap off the year with a third win.

The battle for third in the final 450 Class standings will come down to the final round on Saturday afternoon, but it won’t take much for Red Bull KTM’s Marvin Musquin to secure the position. Currently, the 450 Class rookie holds a 49-point lead over Autotrader/Monster Energy/Yamaha’s Justin Barcia, who finished third in the championship last season. Musquin will simply need to score just a single point at Ironman Raceway on Saturday, meaning a finish of 20th or better in a single moto. Musquin has finished outside the top 20 just once this season and has stepped up in the absence of teammate Dungey to keep KTM at the forefront. For Barcia, he has virtually nothing to lose, sitting almost 100 points clear of fifth in the standings, which will surely add some excitement to the action on the track. He enters the finale fresh off his best result of the season and would like nothing more than to wrap up a summer filled with mixed results and emotions with a victory.

Through the first half of the season in the 250 Class, Yamalube/Star Racing Yamaha rider Webb went virtually unnoticed as he soldiered his way through a wrist injury that put his entire season in question. He quietly put himself in contention, even taking a moto win at Glen Helen, but never seriously factored into the battle for the overall. By the time the championship left the fourth round at High Point, Webb faced a 20-point deficit in the standings as Monster Energy/Pro Circuit/Kawasaki’s Joey Savatgy continued to assert himself as the rider to beat. However, once Webb was able to break through for his first overall win of the season at his home race from Tennessee’s Muddy Creek Raceway, the tides started to shift.

Over the ensuing four rounds Webb went on a tear, capturing three straight wins and missing out on a fourth consecutive victory only by virtue of a tiebreaker. Over that stretch of eight motos he took five wins, finishing no worse than second. As Webb surged to the top of the championship standings Savatgy suddenly struggled to stay in the hunt for podiums and quickly lost touch in the title fight. By the time the season reached its final break in action after Washougal, Webb had turned a 20-point deficit to a 51-point lead and was well on his way to the title.

This past weekend at Budds Creek, Webb was forced to endure through one of his toughest outings of the season as he looked to clinch the title. He crashed twice on the opening lap of the first moto and narrowly escaped another crash to start the second moto, each relegating him deep in the field. However, true to his nature this season Webb stormed through the field and to post 6-3 results, securing his first career national title. The ability to battle through the pack has defined Webb’s 2016 season, and in a lot of ways has defined the early part of his career. His undeterred spirit means he’s able to turn virtually any negative on the track into a positive and it’s why he’s passing an average of nearly five riders per moto. At Budds Creek alone, Webb improved a total of 20 positions from his starting spot in Moto 1 and 14 positions in Moto 2. His confidence this season has been unwavering, carrying him to a dominant second half of the season that resulted in a hard fought, well-earned title.

Behind Webb, the battle for the runner-up spot in the championship will come down to Yamalube/Star Racing Yamaha’s Alex Martin and Savatgy. Currently, Martin sits 23 points clear of Savatgy and is guaranteed to finish no worse than third, capping off a breakout year for the veteran in which he finally became an overall winner in his eighth full season of competition. It’s been a breakout season for Savatgy as well, controlling the championship throughout the first half of the season and earning a trio of overall wins. While he’s had to endure through a difficult second half, Savatgy has continued to make his presence felt and has fought valiantly to put himself in a position to earn another championship podium result. While rookie teammate Austin Forkner does head to Ironman with a chance a taking over third, currently sitting 31 points back, Savatgy is sure to leverage his experience and determination to end the season on a high note on Saturday. This trio of riders each enters the season finale with their own respective motivation, which will play out in a captivating battle on the track. 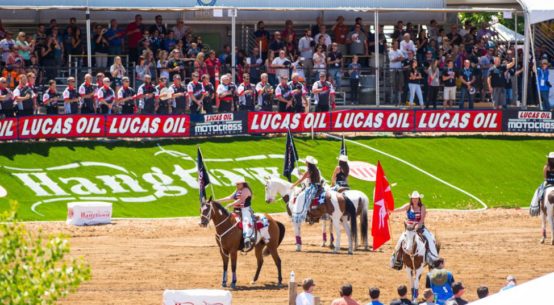 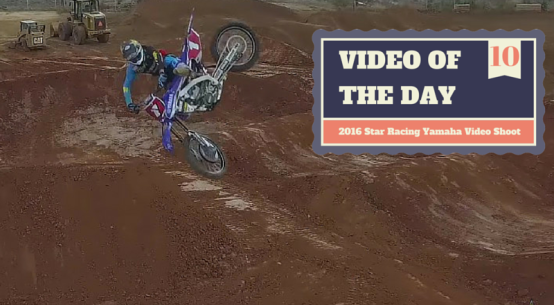 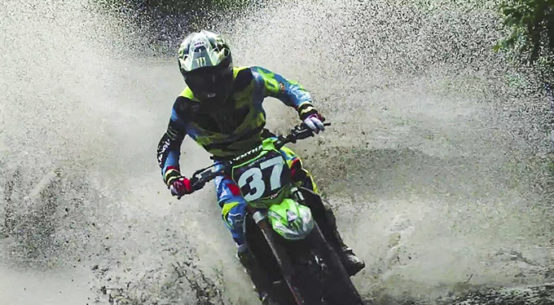 Down and Dirty with Joey Savatgy 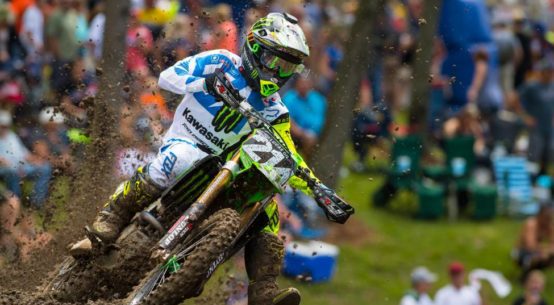