Cabscreens Deos Group Honda rider Dan Thornhill debuted at Trentino on Saturday 30th October for the fourth round of the EMX Open and finished tenth overall and took the holeshot for the opening moto.

Thornhill will compete in the final two rounds on Tuesday and Saturday. We caught up with Dan following Saturdays racing to see how it went for him and looking ahead to Tuesday.

Dan, firstly congratulations on a great first EMX Open round at Trentino. How did you feel?

Thanks Guys! Honestly I didn’t actually feel super happy on the bike. I rode a little stiff in the races and used up a lot of energy. I enjoyed getting the first one out the way and know where I need to work to make Tuesday a little easier for me!

How did the opportunity come about to ride at the final three rounds of the EMX Open Championship in Italy?

Lee at CabScreens has always said an EMX Open class would suit us. And now that they have that class we spoke about possibly trying to do one at the start of the year. Then the covid changed a lot of things and that all stopped play for us.We then spoke about Italy and the plan was to come as a team and Harri to also race the GP class. Unfortunately for him, he got injured at Fatcat (Get well Soon mate) and we already partly geared up so Lee and the team stuck behind me and thanks to the whole team we were able to come for the experience!

Timed qualifying you ended up 8th with a time of 1:46.614 you were showing some great speed. How was qualifying for you?

Normally qualifying is not a strong point for me so I was actually really happy with this time and the result with it. The more bike time suits me at races to dial everything in and find my groove.

Opening moto well what can we say you pulled out the gate and got the holeshot and stayed second for the first two laps. You had some great battles throughout ending the first race in seventh. How was it for you and how did you feel going over the finish line?

Yes, I said to my brother before we set off for this trip that my goal for the whole week was to just holeshot at one of these races! We had a little bet, and he said don’t talk about it get it done. (Should have put some money on it haha) I tried to go with the front guys but as I said rode a little tight. 7th is good and I’m happy with the result.

Final moto you were 6th in the opening lap however crashed out which pushed you down to 14th but you managed to battle hard and push through to end the race 12th with 10th overall for the GP classification. How did you feel about the final moto and ending 10th overall?

Silly mistake for me, tried to push a little hard too soon and made the silly tip over. I then rode a little aggressive under the helmet and this track is difficult you have to be smooth to get the best from it I feel! I kept giving it my all to the end and was able to make some positions at the end.
10th overall is good, I’m happy to actually be here gaining this experience and knowledge that I would not get being sat at home watching it on TV!

Your next be racing on Tuesday for the next round at the spectacular circuit in Trentino. Will you be doing anything between?

Looking forward to Tuesday! Been down the laundrette this Morning trying to work the foreign washing machines 😅 I’m back at the track today. Gary Finch and my Dad are preparing the bike for Tuesday and I’m watching the GP from the sidelines and supporting the Brit’s! Tomorrow Is technical control again for Tuesday and both today and tomorrow I will make sure my body is best possible to go again! Just want to thank everyone who have contributed to me getting here. Lee and his whole CabScreens Team and their sponsors. Also my personal supporters who have helped a little more towards this trip! 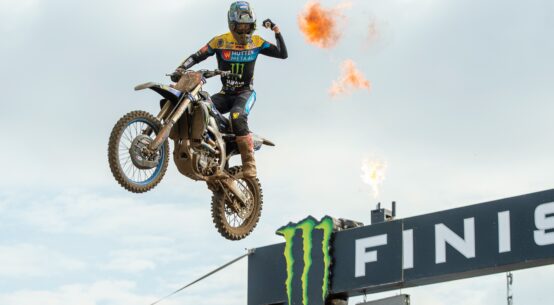 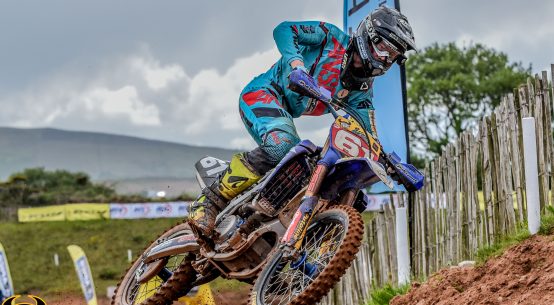 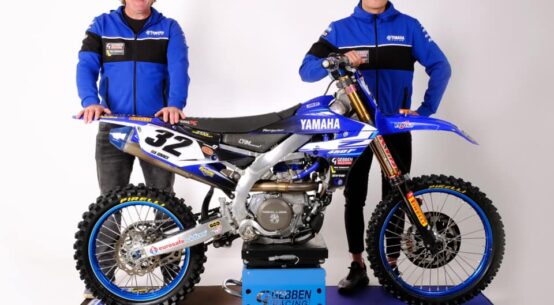 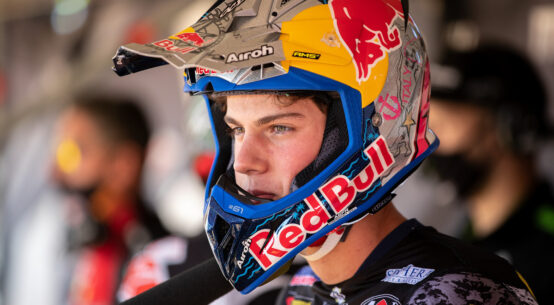