This weekend Monster Energy Supercross heads to the home of the Dallas Cowboys American football team, AT&T Stadium Arlington in Texas for round 7 of the championship. The stadium itself is amazing with one HUGE feature that stands out above everything else – THE JUMBOTRON TV SCREEN.

CHECK OUT THE ARLINGTON TRACK MAP

As far as we know its the world’s largest 1080p video board contains 30 million light bulbs and 25,000 square feet of video displays.

The weight is incredible, 1.2 million pounds. The overall weight of the video board structure is more than 3.5% of the total roof weight, the cost is staggering too, $40 million is more than the original cost of building Texas Stadium. 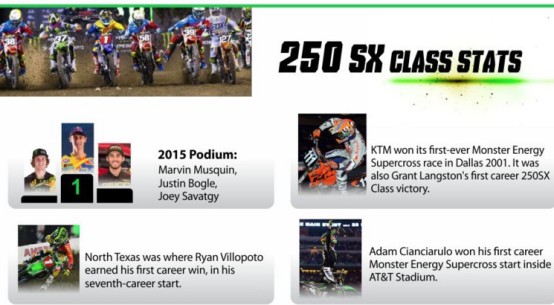 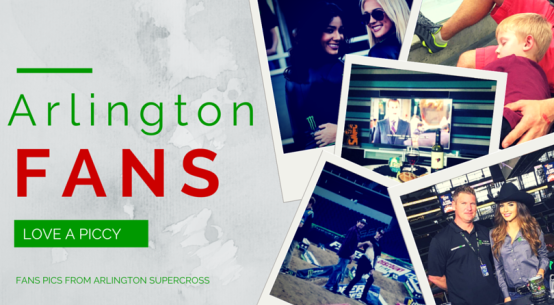 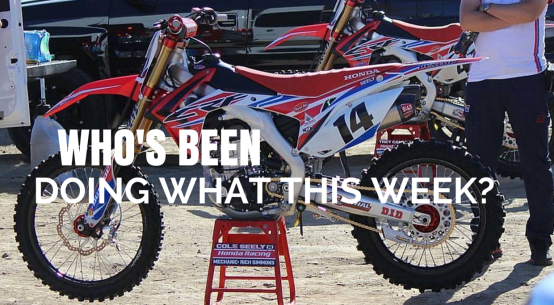 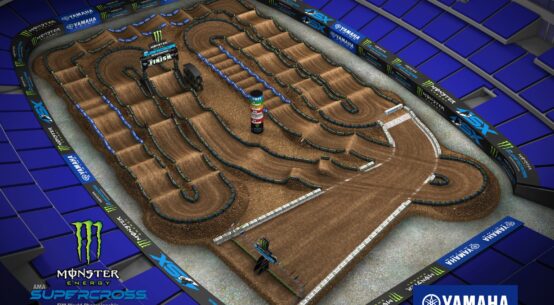 2 thoughts on “How BIG is the Arlington Stadium TV screen?”