Roczen had a spirited battle for the second week in a row with defending series champion and current points leader Ryan Dungey. Roczen’s RCH stablemates Broc Tickle – back from injury – and Jake Weimer finished 14th and 20th, respectively.

Weimer was collected in an early-race incident and had to minimise the damage by completing as many laps as possible. Tickle put in a solid night’s work in his first race back from injury and after a 10-race hiatus, finished inside the top 15. “It was fun,” commented Roczen after his second straight runner-up finish and 13th straight top six. “It was an amazing ride the whole way. I’m pretty bummed I messed-up on that dragon’s back but we’ve been riding really good and strong and that’s what counts. I kept him (Dungey) on his toes the whole time and was actually able to make the pass happen. Unfortunately, I made a mistake right after I made the pass and that cost me the win. Overall, our Suzuki RM-Z450 has been working amazing. We’ve made a few changes and it just keeps getting better and better. My start wasn’t the greatest but I made some moves and overall, I’m really happy with the way I rode. Obviously, bummed to finish second but it is what it is.”

Weimer was optimistic heading into Saturday’s 450SX Main Event and, rightfully so. The Rupert, Idaho native notched his sixth top-10 of the season in Santa Clara and was in perfect position to build on his performance from a week ago. Unfortunately, the circumstances this week were out of his control, leading to a frustrating end-result for the 2010 Western Regional 250SX Class Champion.

CHECK OUT ALL THE INDY VIDEOS HERE

“It was pretty frustrating because I felt pretty good and felt like I could have a decent night,” explained Weimer. “By the time I got to the Main, I think I had the 12th or 13th gate-pick so I felt like I could have reached another top-10 result. But then another rider cleaned me out, right away. That ruined my front brake and blew the disc guard off, sheered the bolts and bent my rotor. The front end was all twisted. It was just a mess. It’s frustrating when something like that happens. Boom and all of a sudden, your night’s over. It just wasn’t necessary.” Tickle’s much anticipated return to the starting gate was a little more fortuitous. After knocking the rust-off in practice and his heat race, the rider of the No. 20 Suzuki RM-Z450 rode a smart race and while it proved to be anything but an easy night, recorded a respectable 14th-place finish.

“It was honestly a struggle,” said Tickle. “Indy always has lots of ruts and I feel like this weekend it was more rutted than in years past. For me, I’m just stoked to be back at the races. Obviously, it’s tough to sit on the couch for a long time and come back. Usually, I enjoy the ruts but this weekend I just felt uncomfortable, so it was tough. I struggled all day with staying loose. I’m looking forward to the last four races and finishing-out the Supercross season where I’d like to be.”

Monster Energy AMA Supercross rolls on this weekend when the series visits the “Gateway to the West” for its annual race at Edward Jones Dome in St. Louis for round 14 of 17. 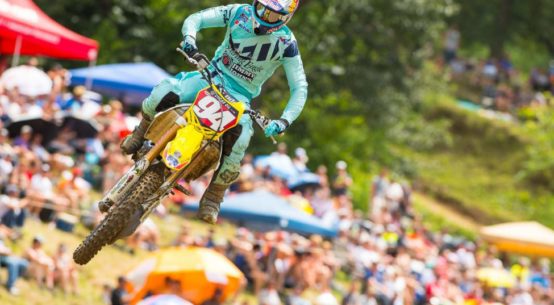 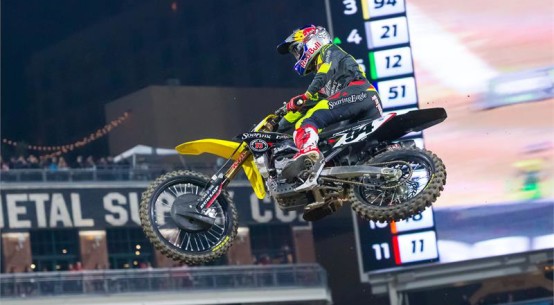 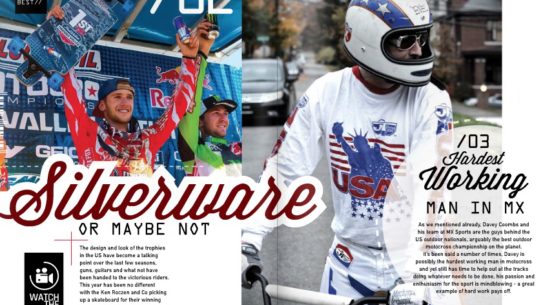 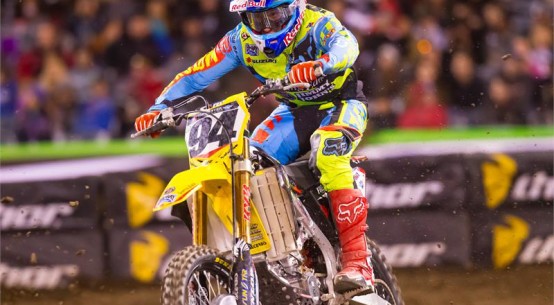