Team HRC are ready to come out fighting at the opening event of the 2016 MXGP season, feeling quietly confident ahead of the Qatari event at Losail.

The rider line-up of Gautier Paulin and Evgeny Bobryshev remains unchanged, but both riders have very much changed their off-season routines in preparation for this season.

Paulin has been training in the US since the end of 2015 and has really put himself through his paces at the renowned Baker’s Factory to ensure he comes into 2016 in peak fitness and can put the injury gremlins of last year behind him. The Frenchman starts his second season with Team HRC and is eager to return to a happy hunting ground, scoring as he did a debut podium at Losail last year.

Meanwhile, Bobryshev also travelled to the US for the winter but returned to Europe in January, and promptly took the Italian International MX crown. Adopting a different approach to his training and racing, the Russian, who is in his seventh year with Honda and enjoyed his best season in MXGP last year, is by his own admission a million miles ahead of where he started his 2015 campaign.

On an evolved and improved Honda CRF450RW, the factory pairing will take to the track for the first time on Friday 26 February, and the gate drops on the first race at 1815hrs local time on Saturday.

Gautier Paulin 21
“It’s been great testing with Aldon in the US. It’s my first time spending the winter over there and it’s been really good. As a consequence of my knee I couldn’t race at 100 per cent for a while, so I’ve been working really hard to start again from zero. I want to prepare well and do it well so we’re ready for this season. It’s been great doing the boot camp out there and really helpful working with Aldon and all the facilities at the Baker Factory.

“It’s good to be back racing again and I’m feeling happy and ready to get behind the gate in Qatar. I’ve been training with some guys out in the US, but when it comes to racing I don’t look at the entry list – I just focus on my own riding and where I want to be. Since the start of my career I’ve always done my thing and concentrated on me, and then we’ll see where we are at the end of Saturday. But I’m excited and I’m ready.”

Evgeny Bobryshev 777
“I think this is one of my strongest starts to a season. I’ve never felt like this before. I changed my physical training over the winter and we’ve done a lot of testing with the team and the bike is really suiting me now so all of that is a great combination. I’m excited, but I try to be calm at the same time and to not get overexcited at this point because the season is long and you have to be smart.

“I feel more motivated right now. When the season was over last year I was already motivated for more in 2016, and we have done good work during the winter preparation. I would say I’m a different person to this time last year. I’m more calm before races and now I have more control over my own race. I feel strong and comfortable and this gives me also lots more positives like mentality gets stronger so it’s all coming together on another level at the moment.

“Last year of course it was great to finish third, but the more difficult part for me was to come back. After injury it was really difficult to get back to that level. By the end of the season I was really happy with my results and I felt refreshed because I could lift my head and keep improving, and now I feel better than ever.

“I feel easy after the win in the Italian International championship. I had really good races and I had to push myself also because I crashed and had to come back again. I had a good race with Jeremy so I know I’m well under pressure. I know my level and my condition so I know I’m ready for this season.” 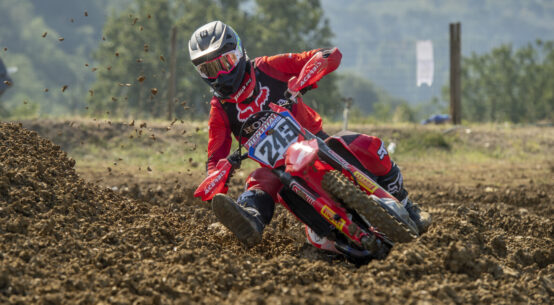 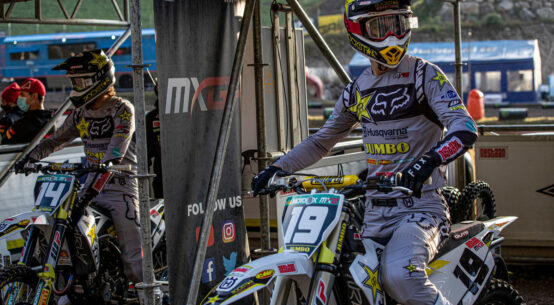 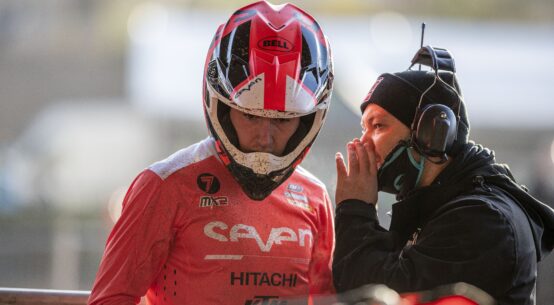 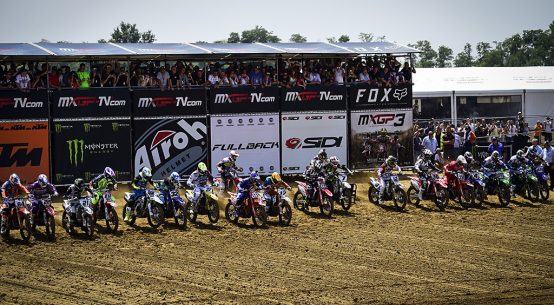 MXGP back to Ottobiano for 2018