Today seen the Langrish Club organise the fourth stop of the Revo ACU British Motocross Championship Fuelled By Gulf Race Fuels at Foxhill’s, Swindon. Least to say there was some epic racing that went down at the iconic track this Saturday not to mention the appearance from Stephan Everts completing a parade lap after his last competing back in the 90’s.

After qualifying sessions MX1 kicked off the first race of the day with Harri Kullas taking home his first win of the season and first place overall at the podium. Shaun Simpson also stepped up his game at this round as he also took home his first win of the year in the second MX1 race of the day!  Shaun’s first race didn’t go to plan with him taking a tumble, and picking up only nine points, landing him in fifth place overall at this round.
In the British Expert Championship we saw, once again, Brad Todd take home a trophy, James Dunn took home second place and Stuart Edmonds, who is becoming a reoccurring appearance on the podium took home third.

Following the MX1 and a freshly prepped track was the MXY2 class. Bailey Johnston in the 125cc class, fired up from the last round, was prepared to put on a show for us, and that he did! Taking first place overall and in both races, he was not letting his guard down today. Ollie Colmer was missed off the podium at the round, although he was second in the first race, Jak Taylor and Domonic Newbury were more consistent throughout both races. Leaving Ollie just missing third place.  Alfie Jones, yet again is top of the table, although missing out on a race win, he was consistent with second place in the first race and third place in the second race. Jude Morris only missed out on first place by two points, winning the first race and taking a slight seat back in the second race he managed to grab second on the podium. To make the class even more intense Tyler Wescott, was yet again only one point behind Jude Morris and took a win in the final moto at Foxhill.

Small Wheel 85cc class, although not as close in points was awesomely intense as ever. Reccurring names such as newcomer to the class Freddie Gardiner took home second place overall and a win during the second race of the class.  Reece Jones, yet again in top position, keeping the red plate for the class.  Jamie Keith in third and Drew Stock in fourth are not too far behind in points are upcomers in the championship and are ones to look out for in the oncoming rounds. Gus Mustoe finished just shy of the podium, with his points just a few too many behind to keep up with the front runners at this round.

The Big Wheel 85cc class, saw Wal Beaney back on top taking home a double win over the course of the day and first overall on the podium.  It was a tight squeeze for Billy Askew, Ben Mustoe and Tyla Hooley, all ending with an equal amount of points. Unfortunately, for Tyla he missed out on a place on the podium at this round, although I’m sure that we will see him there again soon.

Ending the day, by far the most entertaining class of the day was the MX2s. Although recovering from an injury, Conrad Mewse was not holding back, taking a win from the first race and slightly dropping down the pack in the second race following a crash he still made third place on the podium here at Foxhill.  Conrad however, was not the talk of the Paddock, as John Adamson and Steven Clarke fought it out all day with some intense battles and tricky moves, with it going down to the wire in the final moto where Steven took the win. Steven Clarke came out on top with a win in the second race and a five point lead ahead of John Adamson.

The Kecks fastest laps were highly fought for at this round of the Championship. Recce Jones taking home the prize during race two in the SW85s, Wal Beaney, also in the second race in the BW85 class. Alfie Jones in moto two in the MXY2 class. Harri Kullas during race one of the MX1 class and finally the expected Conrrad Mewse in MX2. 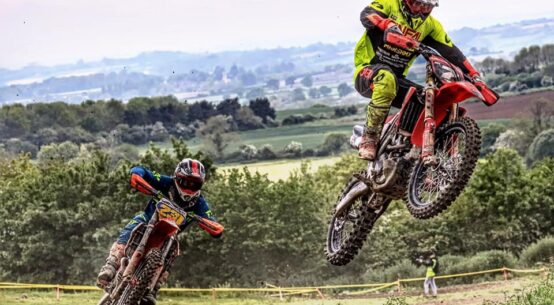 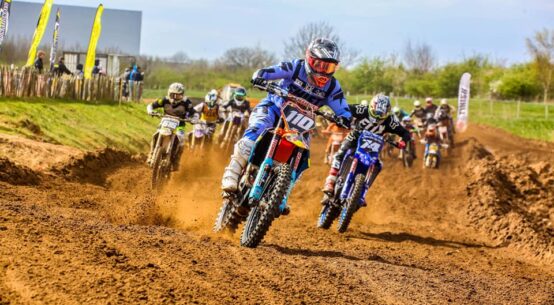 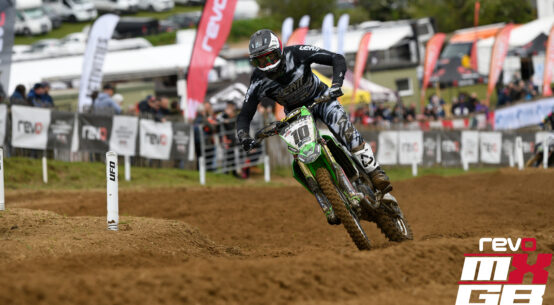 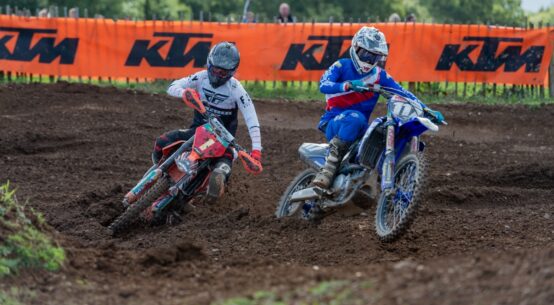