Nick Kouwenberg now has his first AMA 250 Supercross West Region Championship event under his belt after making his debut at Anaheim 1 this weekend.

The European 250 Motocross Champion started the day strong at the Angel Stadium with a quick time in the first group practice session before going fastest in the second, where his 1:06.893 lap aboard the CRF250R was enough to earn him a place in the heat race.

A good start in his heat saw Kouwenberg gain eight places in the first lap. However, the Dutchman was unable to maintain this place and, with others more experienced round American Supercross tracks, finished outside of the final event qualifying places.

Kouwenberg lined up in the Last Chance Qualifier with a strong chance of progressing through to the final event. Unfortunately, at the end of the first lap he came into contact with another rider and was unable to finish the heat.

With the next event at San Diego’s Petco Park next weekend, Kouwenberg will now be looking to progress using the knowledge he has gained from Anaheim 1.

“I didn’t know what to expect because I haven’t been here before but it was tough and I expected that! When the practice started I was excited, these tracks get my heart rate up, but I lost focus a bit because of the nerves; it will get better though. It was a different experience, same as when an American guy comes to Europe, you just need to get used to it. We don’t have any real Supercross at all at my place so I’m starting from zero! The K1speed/BWR engines/SSiDecals team is helping me a lot though and I have learned from this weekend and that was the most important part for me.” 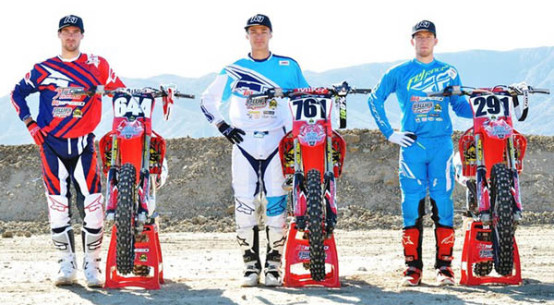 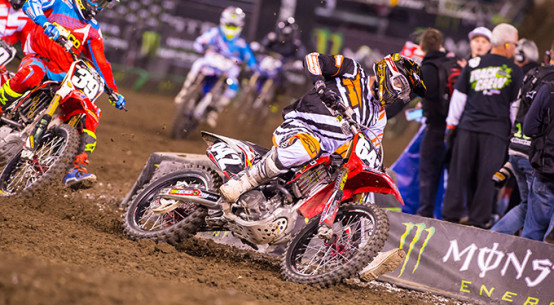 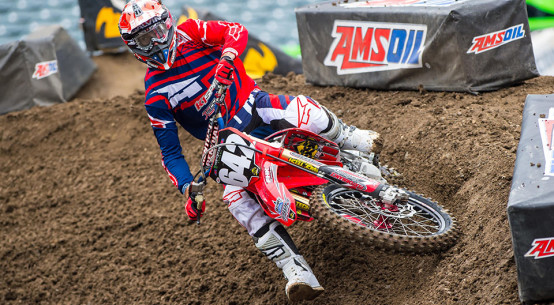 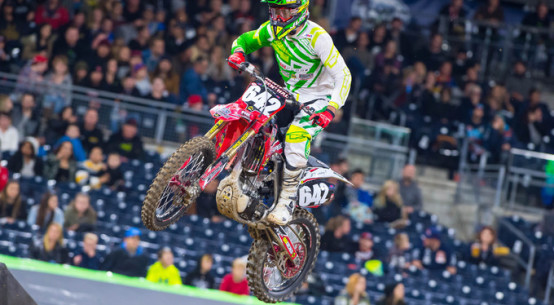