Swedish MX2 rider Alvin Ostlund will join Wilvo Standing Construct Yamaha Official MX2 Team in 2016 as a late replacement for the injured Julien Lieber ahead of the season opener in Qatar on Feb 27.

Ostlund won the Swedish National Championship in 2015, and in 2014 finished the EMX125 Championship second overall and 3rd in the Junior World Championship. The 18-year old from Hudiksvall originally started the 2016 season with former World Champion David Philippaerts’ DP19 Yamaha Official Team, and has already competed in two Italian Championship races this year, with a Top-10 in Alghero and a very strong podium at Lamezia Terme in the MX2 race, just missing the Top-10 in the MX Elite in his second international outing on the YZ250F.

In 2015 Ostlund finished the EMX250 Championship in 5th overall.

Lieber underwent surgery to both hips at the end of 2015 and has begun his recovery more slowly than anticipated in time for the 2016 MX2 season. He steps aside to focus on his health and fitness and plans a return to active motocross competition when his recovery is complete.

“This is a big change for me, and I’m going to a lot of races against the best guys this year, so it’s important to thank David for the intense and fruitful training and especially my mechanic Daniele Castiglioni at DP19, as well as Tim Mathys and Louis Vosters and my two new mechanics Carlo van Loon and Valentin Touchet at Wilvo Standing Construct for the trust and opportunity. I’d also like to thank my parents and my high school trainers Magnus Hultberg and Espen Blikstad at Fågelvikus High School in Sweden.”

“It’s unfortunate news that Julien Lieber needs more recovery from his injuries and won’t be able to start the season in time, so we are really happy to have this opportunity to welcome the young and talented Alvin Ostlund to our team for 2016. He has already raced EMX250 and was 5th last year, so the transition to MX2 will be a big step but not too big for him. For Wilvo Standing Construct Yamaha we see a chance to build a long-term relationship with a young rider and will be very happy to see him in the Top-10 this year.”

“A difficult situation arises when a rider’s health is not at the top level, and there are many complications when we approach the first race of the season with some question marks on the final roster. The graciousness and tremendous fair-play done by David Philippaerts and his DP19 Yamaha Official Team to accommodate this change at such a late date in the pre-season calendar really reflect a champion’s character, and on behalf of Yamaha Racing we thank David and everyone at DP19 for their teamwork.” 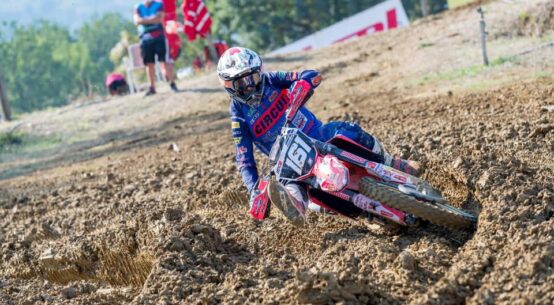