Things couldn’t get any crazier than they did here today at the MXGP of The Netherlands. From Mother Nature unleashing her fury with an epic thunderstorm which was so gnarly it’s practically indescribable, to Jeffrey Herlings being beat fair and square in the sand, to Tim Gajser DNF’ing, to Jorge Prado finishing in the top three on his MX2 debut, the list goes on.

Assen was also the host of the FIM Veteran Motocross World Cup today where Sweden’s Mats Nilsson successfully defended his crown with a double moto victory ahead of Holland’s own Ton Van Grinsven, while another Swede in the form of Robert Forsell rounded out the top three.

Monster Energy Kawasaki’s Clement Desalle didn’t just want to get the monkey off of his back. He wanted to throw it at the wall, which he finally managed to do this weekend with his first grand prix win since the MXGP of Germany 2014. “Finally I am back on top of the box,” he said, “it’s really special, especially in the sand because while I know I can ride in the sand, a lot of people don’t believe it so much, so I am happy to do it here.”

Red Bull KTM Factory Racing’s Antonio Cairoli is renowned for his ability to find good lines no matter how treacherous the track conditions are, and we were reminded of that as he used his craftiness to win the final race of the day, which paired with his fourth in race one, landed him on the second step of the podium.

While it wasn’t an overall victory for the eight-time world champ, in many ways it was the biggest achievement of the day since he clawed back a whopping 34 points on the championship leader, Tim Gajser, which means the championship will at least live another week. Tony now trails Tim by 65 points, so is the title still possible? “Anything is possible,” he said, “there are still 100 points left in the championship, we know it’s difficult but we want to win so we will see what the others do, that’s all we can do.”

Speaking of the championship leader, Honda Gariboldi’s Tim Gajser, he didn’t look as bummed as you would expect considering he lost 34 points today. Instead he took a realistic approach and said, “I’m disappointed, but it’s motorsport and things like this can happen at anytime. I just need to learn from everything that happened today.” Gajser finished eighteenth overall after struggling to keep the bike on two wheels in race one, and failing to finish race two after he caught an edge in the wave section and was chucked off his bike, which ended up in the fence with a broken throttle house and a dangling front brake.

It was an epic day for the Dutch hero Red Bull KTM Factory Racing’s Glenn Coldenhoff who achieved a bunch of firsts this weekend. The Hoff landed on the box for the first time this season, with his last podium appearance being right here in Assen. He also took his first Fox Holeshot of the year and set the fastest lap of the day for his first point in the Tag Heuer fastest lap competition. “It was an amazing weekend, I really enjoyed it and I’m happy I made it, and also for the fans” he said.

Rockstar Energy Husqvarna Factory Racing’s Max Nagl rode to the conditions today and was one of very few riders to stay up right. As a result, he finished fourth overall.

Monster Energy Yamaha Factory Racing’s Jeremy Van Horebeek and Wilvo Virus Performance KTM’s Shaun Simpson rounded out the top six in that order, although both results don’t reflect the way they were riding today. Van Horebeek was on the cable and had a podium finish in sight before his spectacular crash, right over the ‘bars in the wave section, the same place Tim binned it, while Simpson tangled with Team HRC’s Gautier Paulin in race two after cleaning everyone up in the first race for his first race win of the season. “It was a nightmare!” were the first words that came out of Red Bull KTM Factory Racing’s Jeffrey Herlings mouth at the Press Conference today despite taking his thirteenth grand prix win of the season, and the sixtieth of his career. Yes, sixty as in six-zero, 60, grand prix wins at the tender age of twenty-one years old. The Bullet did look a little bit rusty today, and it definitely was a shock to the system for almost every single fan to see him lose a race in the sand. Turns out he is human after all!

A lifetime in the shadow of fellow Dutchman Jeffrey Herlings, Brian Bogers packed a torch this weekend and outshone The Bullet in race one when he came from dead last after eating it at turn one, to challenge his fellow countryman for second place, and most impressively set the fastest lap of the race. In race two, the HSF Logistics Motorsport KTM rider put in yet another solid ride which landed him on the second step of the podium for the second time this season.

Red Bull KTM Factory Racing’s Jorge Prado looks like he is THE name to watch over the next couple of years. He’s got that special kind of talent that doesn’t come along every day, even Jeffrey Herlings said so, “I’m not surprised to see Jorge here, he is an amazing talent, the same like myself and Roczen when we were his age.”

It was a random day for Rockstar Energy Husqvarna Factory Racing with their American star Thomas Covington proving ‘impossible’ is nothing when he beat the Sand King, Herlings, in race one but binned it in race two and struggled to regroup thereafter. Max Anstie almost pulled his seventh Fox Holeshot of the season in the opening race of the day but hit a wet patch, which was so deep it stopped him dead, despite the fact he was full throttle at the time. While his bike stopped, his body didn’t and he slid forward, hit the ‘bars and did the most epic slow-mo face plant of the season. Covington finished sixth while Anstie logged enough points for fourth.

In addition to Prado’s exploits, the performances of Bodo Schmidt Husqvarna’s Thomas Kjer Olsen and Team Suzuki World MX2’s Bas Vaessen adds to the argument that the European Championship EMX250 series’, which is run along side the premier championships, MX2 and MXGP, is the breeding ground of future champions. Vaessen was phenomenal is race one, footing it with Herlings in a race-long battle for third before crashing with one lap to go. Kjer Olsen, the EMX250 champion, put in two top five rides for fifth overall. 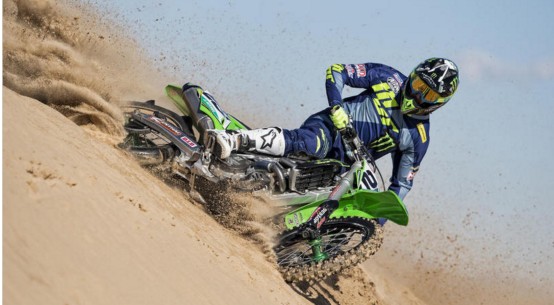 Can Clement Desalle make 2016 his year in MXGP? 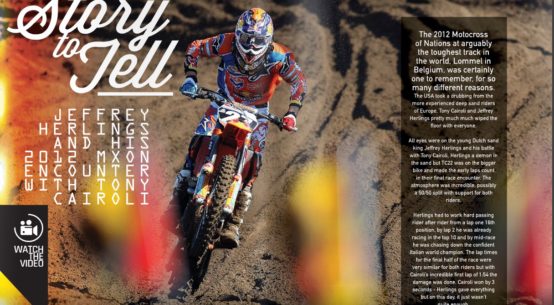 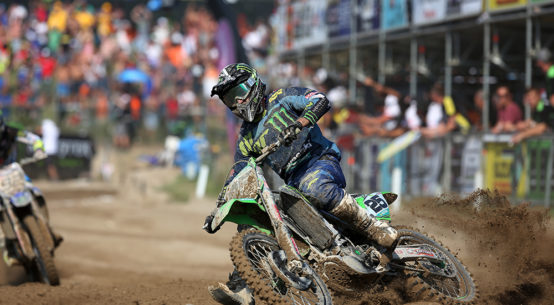 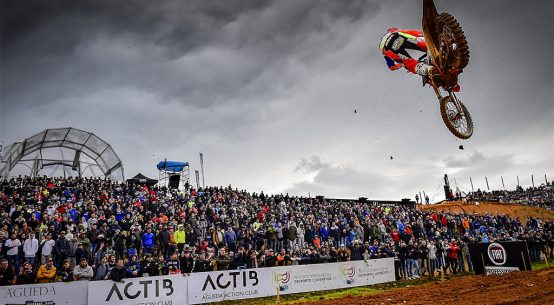