Luc Piccart has been a well-known face within Team Suzuki World MX2 and has been a mechanic in the MXGP team for over 10 years, assisting riders like Kevin Strijbos, Clement Desalle and Ken De Dycker. After a short time away, he was asked to return and oversee the technical workings in the MX2 team. Here, he talks about beginning on the MXGP circuit and recaps on the success of the MX2 team this year. I had a bike from the age of 12-to-28 and was always riding it. At that time, I had a friend, Sven Breugelmans, who was riding GPs and I went to cheer him on some weekends. At one point there was a problem with someone at the race and I decided to jump-in at that GP. Then I just kept going and helping out. At one point I could make the transition to Team Suzuki and from then on I’ve always been with Suzuki. A year I went to Honda and the next I started my own team, but that wasn’t working like it should have. While working for Technical Touch KYB, Sylvain (Geboers) asked me if I would want to come back to Suzuki and manage the MX2 team. And that’s what I did.

Now I’ve been back with the team for three years. I try to bring structure in the MX2 team and make sure that everything runs as smooth as possible with the bike parts. I have the overview of the technical staff and work closely together with them and Japan to improve and develop the bike. We always try to improve the MX2 machine and in dialogue with Suzuki, we decide what we will use and we can do better in.

So far, it has been a good year for the MX2 team: We had the ambition together with Jeremy Seewer to go for the top-three in the championship after his top-five last year. So, it’s been a very good and consistent season so far for him with 10 podiums out of 15 GP’s. Jeremy has always been up in the front to battle for the podium. We made a very big step with the bike, I’m sure he feels good on it. ‘Sew,’ himself, also made a big-step forward. He has been working more intensely, especially in the sand. His mental and physical base has become greater during Winter time. I think both the team and Jeremy worked very hard for this result and they both deserve a thumbs up!

Bas Vaessen also had a good season, although the start was challenging for him. In the beginning, it took a lot of effort to get him under control on the bike. He was crashing too often. But in the last two-to-three months, his riding has become so mature. He has been crashing less and having more good results. This year Bas had four podiums and finished third in the EMX250 Championship, which is very good because it is a strong class with a lot of good riders. The main thing is that he has made a big-step in the good direction for his future. It’s really necessary to ride smart in the MX2 class. You have to stay on your bike and finish the race; and that’s probably going to be the biggest victory for him this season.

Brian Hsu was so unlucky to get that injury on his wrist at the end of October last year. It took much longer to heal than he and the team expected. Coming back to the MX circuit has been very hard. Expectations are sometimes so high and with that comes frustration, because it does not turn out like you want it. Brian has it all to make it, but at this time it’s not falling into place for him; we all know he can do much better.

The level in the MX2 Championship has become so high and it is such a long season. It’s really important to be open for advice and learn from the people with experience. Like Stefan and Harry Everts, they have so much experience, 14 world titles between the two of them. It’s so important to be open for what they have to contribute. The championship-level is at that point that talent only won’t bring you to the top. So many guys work so hard to get close to the top level. You have to do the same, if you want to get there. 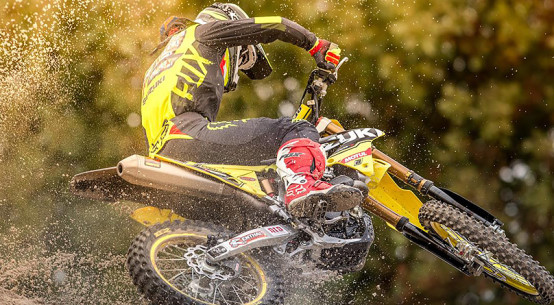 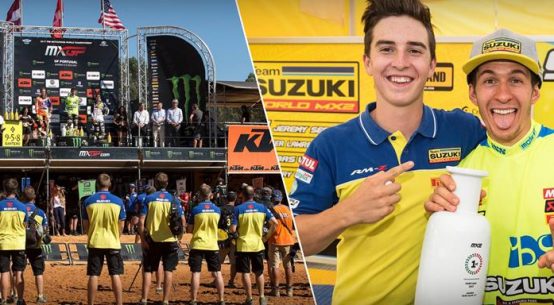 Seewer is in and Strijbos leaves 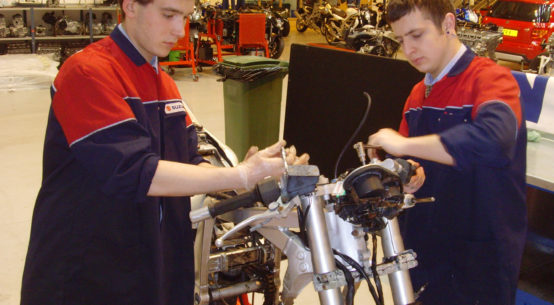 SUZUKI RECRUITING TECHNICIANS OF THE FUTURE 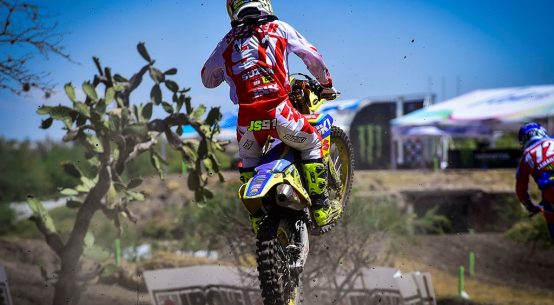